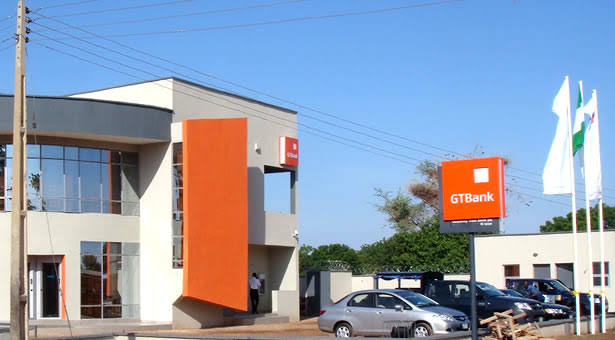 In the last three weeks, bank customers across the country have had cause to complain about poor services by lenders, especially with regard to tech application delays and outright failure.

Funds transfer between bank customers, in some cases now take an upward of two weeks to either drop in the receiver’s account or reversed to the sender.

Besides this obvious development, information is rife that most of the banks are working round the clock to manage internal tech problems that have suddenly hit them due to mass resignation of tech experts, who are travelling out of the country for greener pastures.

Besides the current wave of managing the crisis, the fear of succession has also gripped some of the establishments as the old hands are likely to end up not having anyone to take over from them. Fears that the quality of service provided by the banks in the country might even worsen in the coming months are growing.

Indeed, industry sources believe that banks are set to be hit by a great wave of resignations in September as a lot of their employees are booked to obtain their visas by the end of this month. At the post-Bankers’ Committee meeting press briefing held in April, the Chief Executive Officer of Sterling Bank Plc, Abubakar Suleiman, told reporters that the industry had been hit by an exodus of tech talents.

“So many of our very experienced talents, especially in the area of software engineering, are either leaving the industry or leaving the country,” a development he referred to as a “great resignation,” he said.

Suleiman stated that the Chartered Institute of Bankers of Nigeria (CIBN), the umbrella professional body for lenders in the country, would “drive the process of training more skills in the area where we see deficits,” adding that the bank CEOs at the meeting discussed plans to fund training for new tech-focused staffers to replace those who have left.

There have been reports on social media in recent times that Nigerian banks are facing frequent system breakdown and other IT related challenges as most of their tech engineers have resigned to join digital firms in the country’s booming fintech sector, especially the global conglomerate, Amazon, which began operations in Nigeria’s e-commerce space a few months ago.

It was however gathered that it was not only tech focused staff of the banks who are quitting in order to take up juicy appointments both within and outside the country.

An Assistant Head of Operations at the branch of a Tier 1 bank, who spoke on condition of anonymity, told New Telegraph’s correspondent that he recently obtained his visa to pursue a Masters Degree programme in the United Kingdom and would be leaving the country with his family next month.

According to him, he decided to apply for the visa, following encouragement from several former colleagues who resigned in the last few months and have secured jobs or admissions for post graduate programmes either in Europe or Canada.

The bank official said: “Despite the fact that the tough economy in Nigeria has been leading many bank staff in the last seven years to resign to seek better opportunities outside the country, I was not too keen on making that move.

“However, as economic conditions and insecurity have worsened since early this year, my wife and I decided that I should try my luck and apply for a UK visa. I was pleasantly surprised to be informed that my application was successful,” he said.

He disclosed that his immediate superior, the Head of Operations at the branch, had also obtained a UK visa and would be submitting his resignation letter in the coming days.

“The situation (wave of resignations in the industry) is really very serious and I’m wondering how banks are going to cope in terms of service delivery, if it continues. I can tell you that out of every 10 bank employees that you speak with today, at least four will tell you that they are making serious plans to “japa” (local parlance for leaving the country for greener pastures abroad).

“A lot of my colleagues are already complaining of being overworked because staff who resigned months ago are yet to be replaced,” he said.

Downturn in economy Another middle level bank staff at a Tier I bank branch in Lagos, who echoed similar views, predicted that the wave of resignations would increase in the coming months as economic conditions and governance issues in the country continue to deteriorate ahead of the general election next year.

“A lot of people are trying to ‘japa’ due to the situation in the country. The naira is heading towards N1, 000 per dollar; the prices of goods and services (inflation) are accelerating at an alarming rate; students of government-owned higher institutions have been at home for over six months now because of the strike embarked upon by their teachers and the rising wave of killings and kidnapping cases across the nation, are making many people to believe that with the election next year drawing near, governance will completely collapse. Thus, the only option left for any serious person is to travel abroad.”

The bank official revealed that in a bid to tackle the crisis, the financial institution she works for had reduced the minimum academic qualification required for people applying for permanent staff positions to Second Class Lower (2/2) University Degree from Second Class Upper (2/1).

She, however, said that the lowering of the academic qualification did not appear to be stemming the wave of resignations as many of the young permanent staff employed by the bank in recent times has quit after only two years to accept better offers outside the industry.

“Most of the young people that are even lucky to be employed as permanent staff by banks are not even interested in spending more than three or four years in the industry. After about two years, you will hear that they have either migrated to Canada or are doing remote work,” she said.

The bank official debunked the view that increasing automation would mitigate the impact of the resignations on the quality of service provided by the banks. She argued that while most bank operations are automated, there are still services that require the human element, pointing out that a lot of bank customers in the country prefer to visit bank branches to resolve issues that could have been addressed from the comfort of their homes.

Commenting on the wave of resignations and its likely impact on the industry, the President of the Bank Customers Association of Nigeria (BCAN), Dr Uju Ogubunka, told New Telegraph that “the impact is already being felt. Many experienced and skilled bankers are already resigning for greener pastures abroad. It is a reality.”

According to him, the resignations will adversely impact the industry as “service quality will go down and people will complain and all that.”

Ogubunka, who noted that the wave of resignations was not peculiar to the banking industry, said that he knew a lot of people in other sectors of the economy who are also planning to quit their jobs to look for better employment offers outside the country. He attributed the development to the tough economy, pointing out that it was in the nature of human beings to emigrate in search of a better life.

“That is why we are asking that it is very important that all the focus should be on improving the Nigerian economy,” he stated.

On his part, the CEO of BIC Consulting Services, Dr Boniface Chizea, said that he could not predict to what level the great resignation will get to before it would start to impact the banks negatively. He noted that while automation is helping the banks to cope with the resignation of key staff, the industry would be concerned if the number of exiting staff continues to head north.

Chizea said: “There are countries out there, like Canada, that have labour shortage. So, people will want to move to such places to search for work. That is why we must tackle our economic problems.

What is causing the high inflation; the depreciation of the naira?” Blessing in disguise Last week, in his address at the pre-media briefing for the CIBN’s 15th Annual Banking and Finance Conference (ABFC), scheduled for September 13 – 14, Suleiman, who is the Chairman of the Consultative Committee of the conference, announced that an ongoing research finding on, “Analysis of Human Capital Attrition in a Global Context: A Case Study of the Financial Services Industry,” would be shared for information of stakeholders and value addition to the 15th ABFC.

Responding to a question on what measures the banking industry is taking to address the great resignation, he said: “With reference to the Chinese word for crisis, which also means opportunity, our attitude is that Nigeria is not lacking in healthy, young people, who are willing and are able to work. Therefore, if we see ourselves losing talent, the best response is to actually focus on converting those young people as replacement for those who are leaving.”

He further disclosed that “the industry, as a collective, is putting together a plan that will enable us support individuals who are looking to acquire skills in the area of technology and all other fields where we have skills shortage. The thinking is that actually, we can turn the crisis into an opportunity. (Telegraph)