It was a chaotic moment at Kajola, a satellite town of Osogbo, in Osun State after an alleged Internet fraudster has reportedly killed five persons with his car in Osun State.

The incident happened about 1pm at Kajola, the state capital on Thursday. It led to heavy gridlock along Ilesha-Osogbo road as villagers took to the street to protest against the incident.

According to eyewitness, the alleged Yahoo boy identified as Jimoh Wasiu reportedly killed five persons in the town as a result of his reckless driving.

Our source, who preferred to remain anonymous, stated the Wasiu, having killed one person, refused to stop and rammed into some other people, killing additional four.

He was said to have taken to his heels upon realizing the damages he has caused.

Spokesperson of the Osun State Police Command, Yemisi Opalola confirmed the incident, stating that Wasiu has been arrested while investigation is ongoing.

She called on the villagers to remain calm as justice will be done in the matter. 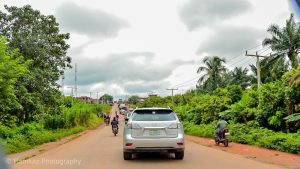 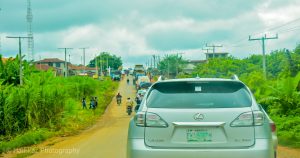