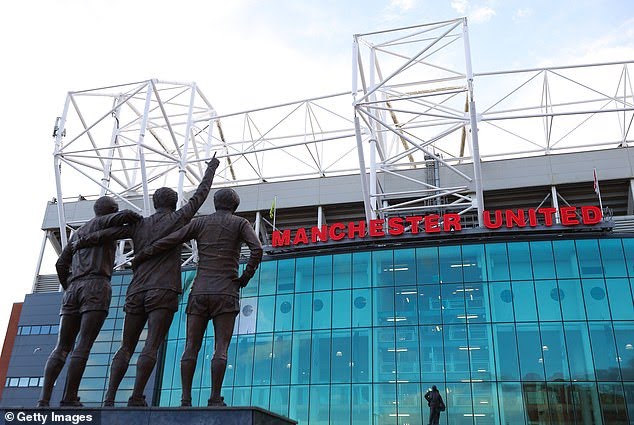 David Beckham has said he is open to holding talks with any potential buyers of Manchester United, according to reports. Beckham is unable to afford the Premier League giants by himself but could form part of an investment consortium to purchase the club. Beckham’s involvement could be beneficial for any prospective buyers given his long-standing history with the club.

According to The Times, Beckham is open to holding talks with potential bidders for Manchester United. Prospective buyers could enlist the former Red Devil to boost their chances of winning the bidding war for United. Beckham’s history with United and relationship with the Old Trafford faithful could swing the vote in the favour of those he chooses to partner with.

The Times adds that Beckham has been approached by ‘various investors’ in the past, but talks never progressed. The former England captain is said to be more open than ever to discussing a deal as United confirmed their US owners were open to selling the club on Tuesday.

The Glazer family – who have faced significant opposition during their tenure – announced on Tuesday that they would be willing to sell the club after 17 years in charge. The statement dropped on United’s website at 9.30pm – just as trading on the New York Stock Exchange, where the club are listed, came to a close for the day.

In the statement, the club said the board of directors were starting a process ‘designed to enhance the club’s future growth’ with the intention of maximising opportunities on and off the pitch. The statement went on to say that the Glazers would consider all options, including ‘new investment into the club, a sale, or other transactions.’ This was followed up by a quote from Avram and Joel Glazer, United’s executive co-chairmen, who said ‘we will evaluate all options’. The statement concluded with the caveat that ‘there can be no assurance’ any sale or investment will come from the process.

Sportsmail previously revealed how Sir Jim Ratcliffe had been linked to the purchase of Manchester United. The British billionaire, who founded chemical giant Ineos, was one of the first to express an interest in purchasing the club when talk of a sale previously surfaced in the summer. At the time, however, the Glazers had no intention of selling up in Manchester and Ratcliffe’s admission therefore fell on deaf ears. Now he is set to prepare a fresh approach after United’s unpopular owners revealed they are open to offers, although it is believed there are concerns over the potential asking price.

Ratcliffe is wary about overpaying amid reports which claim the Glazers could demand at least £5billion for their controlling stakes in United, with brokers the Raine Group expected to push for a price beyond the club’s natural value. The 70-year-old has experience dealing with Raine after his failed takeover attempt at Chelsea in the summer, which collapsed when his bid was submitted too late after waiting for the price to drop.

Nevertheless, his aim to buy United – the club he has supported since he was a child – is said to be serious and Ineos are likely to have already done their due diligence on the Red Devils, given their rule of only taking over at companies which can increase significantly in value after three years.
Ratcliffe could be interested in partnering with Beckham – who played for United from his youth days until his signed for Real Madrid in 2003.

Beckham is regarded as a Manchester United legend. He formed part of the Class of ’92 that won the FA Youth Cup along with Ryan Giggs, Nicky Butt, Paul Scholes and Gary Neville. He went on to make 394 appearances for the first XI and scored 85 goals. One of his most notable came in the 1996-1997 campaign when he found the back of the net from the halfway line a Selhurst Park.

Beckham made the switch to Real Madrid in the summer of 2003 but kept the fans on side by helping United win another Premiership medal. He even scored a sensational free-kick against Everton in his last game before departing. As a result, Beckham left the club with 11 trophies – including six Premier League titles and the champions league.