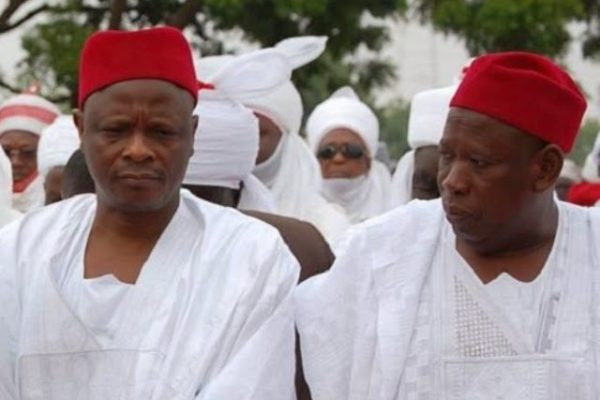 The Special Adviser on Political Matters to the President, Senator Babafemi Ojudu, on Saturday said the former Governor of Kano State, Rabiu Kwankwaso, is “most welcomed” to the All Progressives Congress if the report of his defection is true.

Rumour was rife on social media that Kwankwaso is set to rejoin the All Progressives Congress.

As the rumour about Kwankwaso’s defection from the Peoples Democratic Party to APC gathers momentum, Ojodu described the former governor as “a great mobiliser, and thoroughbred politician”.

Ojudu, who was a Senator for the Ekiti Central constituency of Ekiti State, made this known on Facebook, attaching a picture of Kwankwaso, Vice President Yemi Osinbajo, and himself.

He posted, “The news is everywhere that the leader of the Kwakwansiya Movement, His Excellency, Senator Rabiu Kwakwanso has returned to our party APC. I have not confirmed this yet but if true he is most welcomed.

“This will also be the best move of his political career. A great mobiliser, brilliant organiser, and thoroughbred politician, Kwankwaso is the leader of the red cap-wearing multitude. He will be a big addition to our movement for a greater Nigeria.”

Hours after his defection rumour, Kwankwaso in an interview with The PUNCH hinted about his possible return to APC.

When asked if he could return to APC, he replied, “In politics, everything is possible in this game. We don’t want any permanent enemy. What we want are permanent friends. It is very important. We work for friendship.

“It will amaze you that some of my friends who we started working with 30 years ago, many of them are still alive and we are together. Even those who died from 30 years ago to date are in our record and every year, we do one thing or the other for their families. So, in 2023, I believe many things are likely to happen.”

I am open to reconciliation with Kwankwaso -Ganduje

In his New Year message, the Governor of Kano State, Abdullahi Umar Ganduje, had said he was open to reconciling with Kwankwaso and other political gladiators in the state.

The New Year message signed by his Commissioner for Information, Muhammad Garba, read in part, “It is glaring that the political gladiators in Kano State have been yearning for the much-needed peace and conciliation in order to advance the cause for proper development in the political terrain and the society at large.

“Governor Abdullahi Umar Ganduje is open to reconciling with all the political gladiators in the state, including his mentor and former Governor, His Excellency, Dr. Rabiu Kwankwaso, as well as other politicians who have been at loggerheads with him.” (PUNCH)