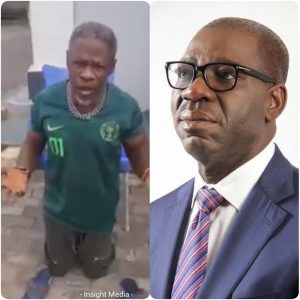 Popular Edo Hotelier, Mr Tony Kabaka has asked Governor Godwin Obaseki to forgive him after his (Kabaka’s) supporters took to social media to announce that Kabaka defeated the governor in court.

According to recent social media reports flying Kabaka’s associates, the state high court, Benin city directed Governor Obaseki to restitute demolished hotel to its original state before it was brought down.

It would be  recalled that Kabaka’s hotel T. Latifah Hotels and Suites was demolished by Obaseki government in 2020 and the hotelier has asked an Edo State High Court to order the Edo State government to rebuild his hotel.

The Edo State government said it pulled down the hotel in its efforts to remove illegal structures erected on government property, including public schools and waterways as well as roof eave-extensions and structures erected on the right of way of roads/streets, moats, river banks, TCN high tension lines, among others, in Benin City and other major settlements in the state.

However, after Kabaka reportedly won his court case, he made a video saying that he didn’t win Obaseki, but rather, the government used what happened to him to teach him a lesson which he has learnt.

He appealed to his fans to stop saying he won Obaseki, in order to avoid more punishment from the governor. He also knelt down, and asked the governor to forgive him for all he did to him.