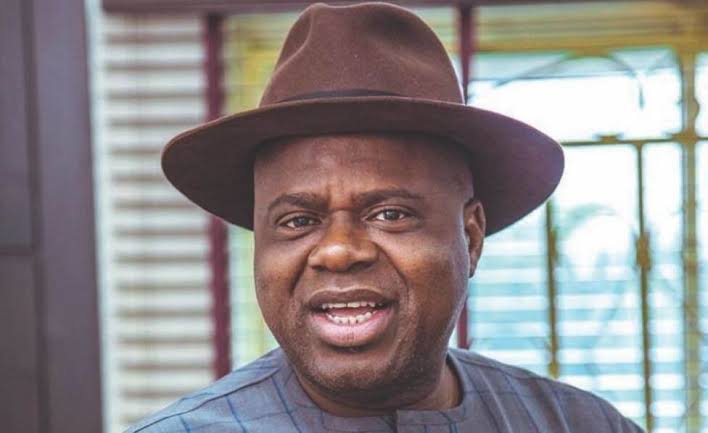 The Governor of Bayelsa State, Douye Diri, has denounced as half-hearted the congratulatory message of Ndutimi Alaibe following last Tuesday’s Supreme Court’s dismissal of his appeal.

He said that Alaibe, who was an aspirant in the September 3, 2019 Peoples Democratic Party’s governorship primary that he (Diri) won, went too far in his bid to unseat him.

A statement by the acting Chief Press Secretary to the Governor, Mr Daniel Alabrah, said Diri rejected Alaibe’s felicitations while addressing the State Working Committee of the PDP, which paid him a solidarity visit in Government House, Yenagoa, on Monday.

The statement quoted Diri as describing Alaibe’s statement issued by his personal assistant, Enize Ogio, as “insulting and totally unacceptable.”

Diri, who demanded a new message from Alaibe, noted that in line with the Supreme Court judgement, nobody was bigger than the party, including himself.

The governor was quoted as saying, “I hereby reject that insulting message from one Enize Ogio. I hereby reject it in totality, and the PDP rejects it too. If they accept our olive branch, they should issue a new statement to let the PDP and the government of Bayelsa know that they are still members of our party.”