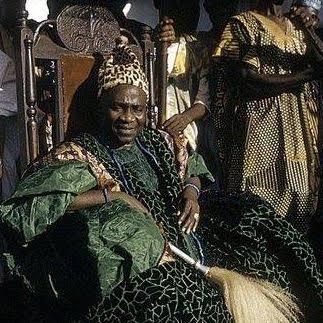 Government and traditional institutions have been urged to consciously document the lives of great men and women who have ruled or reigned in their communities in order to immortalize them and teach the younger generations what culture is all about.

This was part of the takeaways from the National Colloquium organized in honour of the memories of John Adetoyese Laoye 1, by the Center for Black Culture and International Understanding (CBCIU), Osogbo.

The event which was held on zoom, had traditional rulers, historians and scholars from different parts of the world in attendance and the focus was “The life and legacies of Timi Adetoyese Laoye 1; 45 years after”. Renowned professor of history, Toyin Falola moderated the session.

In his opening remark, the Chairman of the Center, Prince Olagunsoye Oyinlola described the late monarch as a promoter of culture, adding the he dedicated his life to the service to humanity.

“In his path to upholding the culture, Oba Adetoyese consistently supported individual and groups ambition on matters related to the culture and arts of Yoruba land especially in drum, music, festival, and entertainment.

“The relationship between Oba Adetoyese Laoye and the German culture experts – Ulli Beier is a vivid example. As the Regional Tutor for the Extramural Studies programme of the University College, Oba Adetoyese welcomed Ulli Beier into Ede community. Between 1951 and 1954 which marked the period of the inter – personal life – long relationship, Oba Laoye shows Ulli Beier the true beauty and power of African cultures and Arts. It is on record that Timi Laoye had very close interactions with Ulli Beier, and a relationship which was mutually beneficial.”

In his address, the Royal Host, Oba Munirudeen Adesola Lawal, Timi of Ede said the late Oba Laoye laid foundation for the development of Ede that everyone is enjoying today.

The Monarch said Oba Laoye’s record as the first educated monarch in the old Oyo province is an attestation that the late King was an embodiment of intellects as he attended several conferences both within and outside Nigeria.

According to Professor Siyan Oyeweso, the Director of CBCIU, the late monarch combined royalty with culture as he lived for the promotion of Yoruba culture and tradition. He said the center will continue to identify great Nigerian men and women who have in the past dedicated their lives for the advancement of African culture.

He said, “Given the corpus of his publications and academic engagements, there is certainly no doubt that Timi Adetoyese Laoye (1) was an intellectual monarch. His published works have remained indispensable roadmap for scholars of African Studies and the bedrock of many masters’ dissertations and Ph.D. theses. He was a practical man of letters, a man who lived his thoughts. He was an avid participant in many international conferences with focus on the deepening of African culture and civilization. He was a gift of the 19th and 20 century and the contemporary society. We urge our contemporary traditional rulers to emulate his best practices in education, professionalism and mentoring of young monarchs, artistes, scholars. 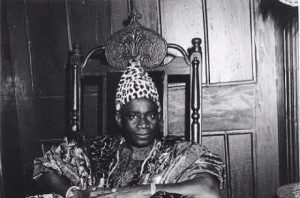 “The bane of traditional institution today is that many of the rulers are yet to fully grasp the essence of history. When people are looking for relevance and upward mobility in life, they use history as the platform. When they have attained the Olympian height of their choice, they abandon history. A word is enough for the wise.”

Oyeweso called on the governments at various levels to ensure they use culture promotion for national integration and development.

Also speaking at the webinar, the Orangun of Oke-Ila, Oba Adedokun Abobarin described the the late Timi Laoye as a man with great vision for the development of his kingdom.

He said every developments in terms of education, economy and social amenities have their roots dated back to the era of Oba Laoye.

“Whatever you see in terms of education development, economic, social amenities and others have their roots dated back to the era of Timi Laoye. They are not products of the immediate.” Oba Abobarin said.

Oba Abobarin also called on Yoruba communities to checkmate the excess of any monarch who is derailing from the traditional norms, adding that “people have power to checkmate any misbehaving monarch. They enthrone and if need be, can dethrone any erring Monarch.”

The Chief Sobaloju of Ede told the gathering that Oba Laoye was born Muslim but converted to Christianity, making him a man with knowledge from both sides. He said the dressing style of the late Timi was royal and he was a man with large heart to accommodate every views.

Among those who delivered papers at the event are Professors Tunde Lawuyi, Jelili Ojuade, Oyeronke Olademo and Ahmed Yerima.