It is no more outlandish that doctors and professors ‘Knackers’ abound in our tertiary institutions. As a matter of factly, this disturbing development is fast becoming a norm.

Lecturers who are fond of doctoring grades form a huge part of the hydra-headed monsters that have been plaguing our underdeveloped educational system. How? They are murderers of scholarship and enablers of academic laxity.

Equally, lazy students are their aiders and abettors. Male students with fat accounts are infamous for buying grades with ‘cool’ cash. While buxom young ladies with curvaceous bodies are regular visitors to their offices and beds in exchange for grades.

Dismally and dispiritingly, this trend has failed to come to an end. Rather, it keeps being on the increase yearly. Every now and then, we keep recording the loathsome news of a randy lecturers caught in the act!

The news making the rounds is that of one supposedly Dr Boniface in UNILAG, a former subdean- someone in charge of students’ activities, particularly, academic planing in the faculty- of the faculty of Arts allegedly tried to take an advantage of an undercover news agent who posed as a seventeen (17)year old admissions seeker(?). Shameful! Isn’t it? All thanks to him for gifting our linguistic repertoire with a new lexeme, “cold room”.

Lamentably, chaos upsurges when a mother becomes a murderer. Is it not appalling when a person employed to instill value in a child turns out to be the ‘distiller’ of value from such child? A father-figure turned wolf- and began to devour his child. Where’s conscience? Where’s humanity?

Notably, as it is worthy to condemn the devilish act that was perpetrated by doctor ‘knacker’, equally, it is important to call on the school authorities all over the country to help put in place a potent measure to stem this menace that is fast ravaging our tertiary institution than it was in the past.

Here, we are discussing a man in his 50’s, heartlessly, trying to have a carnal knowledge of a minor- seventeen (17) years old lady. Condemnable!

Let’s get one thing straight. Often times, it is not about the school. It mostly depends on the individual(s) involved.

But when this execrably dispiriting event occurs, people begin to shower a caboodle of vitriolic words on the institution where the accused person works. You see, these lecherous lecturers are everywhere. It is a known fact.

In sum, the long arm of law should handle the doctor. He shouldn’t go scot-free. He should serve as deterrent to others in the business of student-lecturer lecherousness. 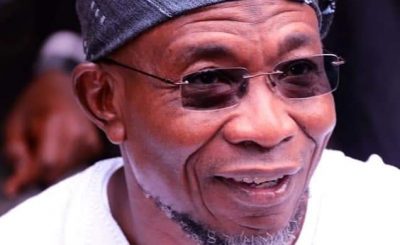 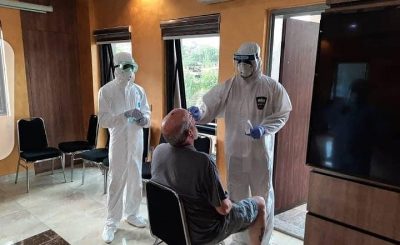