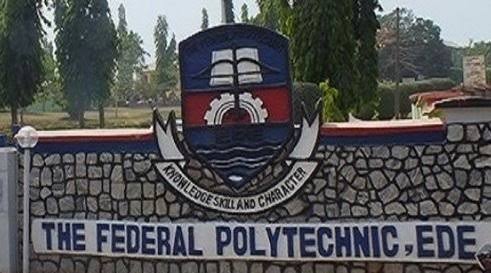 The election for the Students’ Union at the Federal Polytechnic in Ede has been postponed by the school’s administration due to violence between two groups.

The management stated in a memo signed by the Dean of Students’ Affairs, Dr Oluyemi Omotosho (Jnr), that the Students’ Union election must be put on hold due to the violence that accompanied the campaigns.

According to the statement, “When the ban on politics was lifted on March 21, 2022, by ISEC, everybody was hoping for a violence-free election until two presidential aspirants, Akeem Kabiru Olawale (Kaybright) and Edward Ayodeji Michael (Edward) commenced their campaigns on March 24, 2022.

“The two groups clashed and violence erupted, leading to serious injuries on many students. A cutlass welding supporter was caught after using the cutlass to injure one student and another student with a gun was apprehended.

“The management reviewed the security challenges in the Federal Polytechnic Ede campuses and Ede community and took the following decisions.

“That the 2021/2022 SUL election is hereby suspended until further notice, when the security challenges improve to prevent the loss of lives and properties.

“The arrested students that are involved in criminal activities should be investigated.

“Students have been directed to start preparing for their second semester examination commencing from 4th April, 2022.”

Reacting, the Student’ Union President, Adekunle Jimoh (Adebam), said the Students’ Union under his leadership was not carried along in the decision taken by the management.