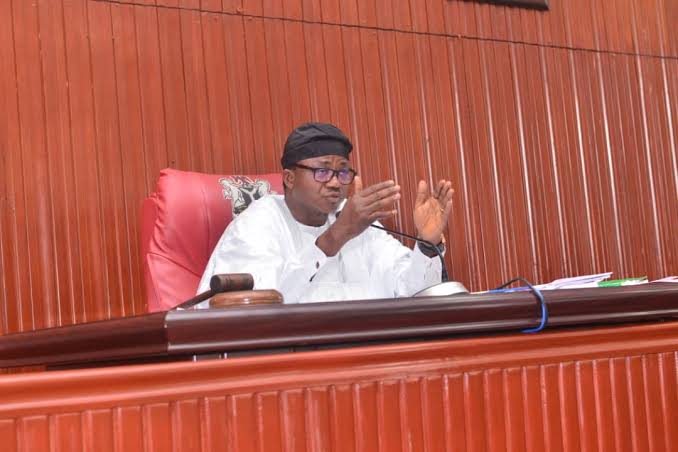 The Edo House of Assembly on Monday alleged some of the former members-elect of forgery, impersonation and treason for constituting themselves into another assembly.

The house called for their arrest and prosecution and this was sequel to a motion moved under matters of urgent public importance by the Leader of the House, Mr Henry Okhuarobo, representing Ikpoba-Okha Constituency.

The Lawmakers urged Gov. Godwin Obaseki, the Commissioner of Police in Edo, Johnson Kokumo, the Department of State Security Services (DSS), and other relevant security agencies to urgently arrest and prosecute the absentee members-elect.

The motion for the arrest was seconded by the Deputy Speaker, Mr Roland Asoro, member representing Orhionmwon South.

Moving the motion, Okhuarobo said the House was inundated with the constitution of another assembly by members-elect whose seats were declared vacant.

Okhuarobo noted that the only Assembly recognised by law was the one led by the speaker Francis Okiye.

“These members-elect sitting in a private residence and forging Mr Speaker’s letterhead amount to forgery, impersonation and treason.

“So, I am calling on the governor, the commissioner of police and the DSS to urgently arrest and prosecute these members-elect because we cannot have two assemblies in one government,” he said.

Mr Macus Onobun, the chief whip of the House and member representing Esan West, said “Edo is not a banana republic where people can arrogate powers to themselves without recourse to constituted authority.

“This Assembly was duly constituted on June 17, 2019 and their seats have been declared vacant following their refusal to present themselves for inauguration,” he said.

According to him, they need to be arrested and prosecuted to serve as a deterrent to others.

Other lawmakers who spoke in favour of the motion called on President Muhammadu Buhari to act in accordance with the law.

The Speaker, Mr Francis Okiye, in his submission said the 1999 constitution as amended does not recognise a government inside a government.

“We can order their arrest but we will get there,” the speaker said.

Also at plenary, the House passed a bill to enact the Edo State public procurement law 2020 and a bill for a law for operation of lotteries, lotto and online sports betting in Edo state. (NAN)