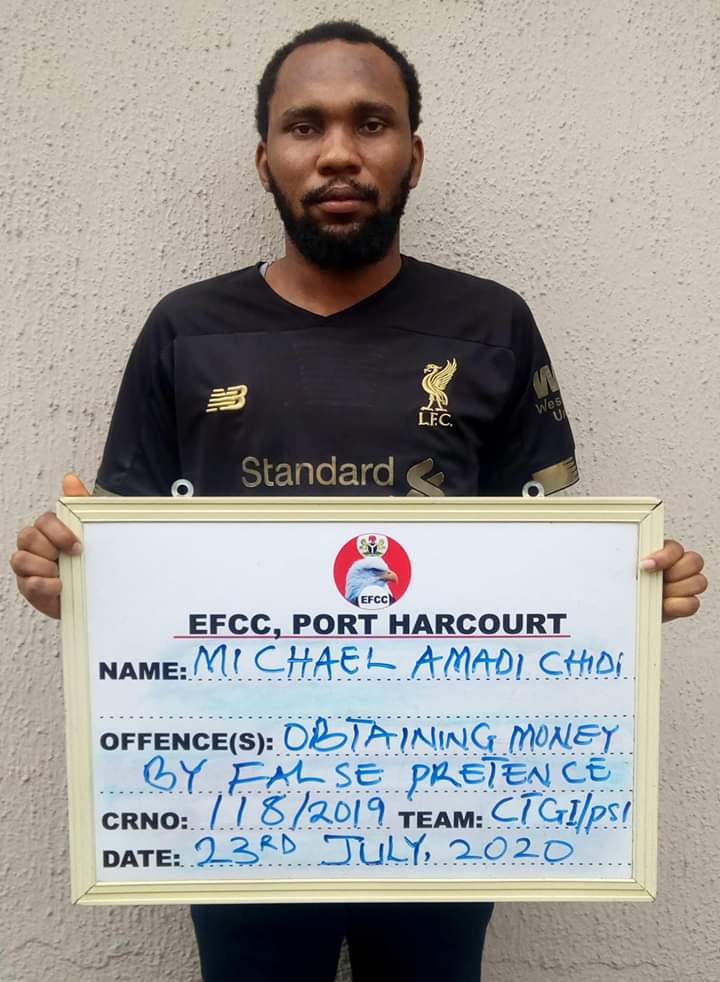 One of the charges read: “That you Michael Amadi Chidi between 27th of December 2018 to 2nd of January 2020 at Port Harcourt, Rivers State, within the jurisdiction of this honourable court with intent to defraud, did obtain about N2,670,000.00 (Two Million Six Hundred and Seventy Thousand Naira) from Mathew Henry Aguna under the pretence that the money will be invested in crude oil subsidy, a pretence you knew to be false and thereby committed an offence contrary to Section 1(1) (a) and punishable under Section 1(3) of the Advance Fee Fraud and Other Fraud Related Offences Act, 2006.”

The defendant pleaded not guilty to the charges, prompting prosecuting counsel, R.E. Alao to ask the court for a trial date and for the defendant to be remanded in prison custody. The defence counsel J. A. Umweni, however, prayed the court to grant bail to the defendant, assuring that he will make him available in court for trial.

Justice Abubakar granted the defendant bail in the sum of N1 million and one surety in like sum, who must be a civil servant on Grade Level 10 and above, and would deposit two recent passport photographs with the court.

The matter was adjourned till October 27, 2020 for trial, while the defendant is to remain in prosecution’s custody pending the perfection of his bail terms.

Trouble started for Chidi when the Commission received a petition in which he was fingered in the luring of unsuspecting individuals to invest in overseas freighting of crude oil for refining and sales, with a promise of 100 per cent return on investment and a subsequent 80 per cent subsidy payment from the federal government.

Six victims including the petitioner invested a total of N45 million and received zero return on their investments, while the defendant at the same time, frustrated all efforts by his victims to make him cough out their money.

Investigations further proved that the defendant is a self-styled ponzi scheme promoter.