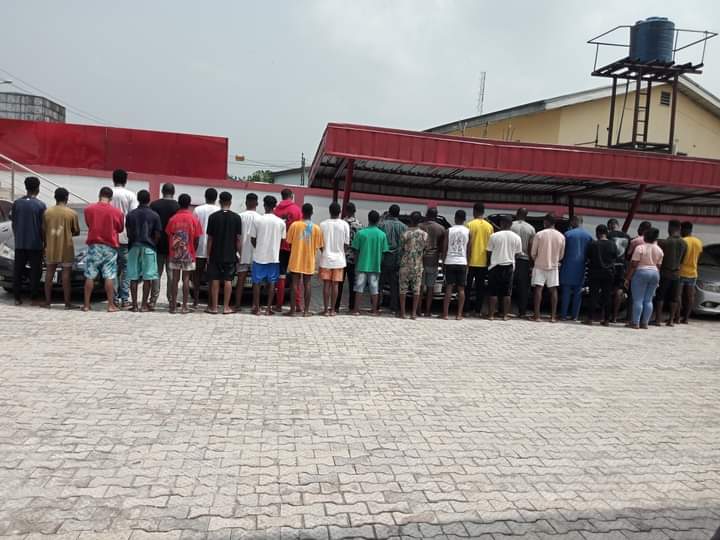 Operatives of the Port Harcourt Zonal Command of the EFCC have arrested 42 suspected internet fraudsters at various locations in Asaba, Delta State.

The suspects, most students were arrested on Wednesday, February 9, 2022, in a sting operation.

Items recovered from them at the point of arrest include: thirteen (13) exotic cars, 59 phones of different brands; ten laptops, one Hisense television and speakers; one iPad and 3 PlayStation.

The anti-graft agency disclosed that the suspects will be charged to court as soon as investigation is concluded.