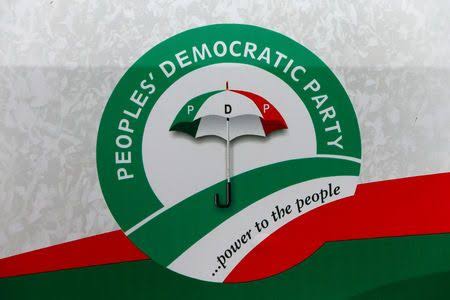 The Osun State Chapter of the Peoples Democratic Party felicitates with all Muslims in State and across the World as they celebrate this year Eid-el- Fitri.

The party described the just ended holy month of Ramadan as a pivotal period of supplication to Almighty Allah, which has gone a long way in keeping the country afloat considering myriads of challenges occasioned by the bad governance of the rulling Party, threatening her cord of unity, oneness and corporate existence.

The Party called on all Muslims in the Country and especially those in Osun State for continuos intersession,communications and advocacy to the most merciful and benevolent Allah for a peaceful co-existence, economic revamp and restoration of the lost glory in all facet of our State life even as the holy month of Ramadan formally ended this year.

In a statement signed by the State Publicity Secretary of the Party, Hon Jacob Ayodeji Areola charged clerics and Islamic faithfuls
alike to intensify prayers on profitable and productive direction and divine touch necessary for economic revamp, reawakening and repositioning;as well as divine inspiration for the present leadership.

Such prayers at a time like this, according to Areola, became imperative to stem the tide of insecurity and growing restiveness amongst the teeming youths, buoyed majorly by unabated economic deprivation and hardship emanated from non- passionate direction of the leaders elected to better the lot of its citizenry.

While applauding Muslims for their resilience and love for their fatherland as witnessed in the lines of supplications offered to Almighty Allah at different fora and Tafsir sessions during the holy month, the PDP also urged the people of the State to raise their bar of personal security consciousness in the face of seeming collapse of security apparatus and structure in the Country.

The PDP then prayed that God Almighty granted all request, prayers and supplication of His people made during the Ramadan period for a renewed peace, love and prosperity in the State and the Country.