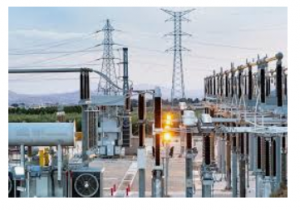 The electricity sector recorded another systems collapse yesterday with some parts of the country thrown into darkness due, mainly to equipment failure.

The Transmission Company of Nigeria, TCN, did not respond to Vanguard’s request for details at the time of filling this report.

He said: “We have been unable to serve our customers in Niger, Kogi and Nasarawa States as well as a significant portion of the entire Federal Capital Territory.

“At the moment, only 20 megawatts (MW) has been allocated to AEDC as against the over 400MW that we have been receiving in recent times.”

Also, in a message to its customers, Eko Electricity Distribution Company (EKEDC), stated: “Dear customer, the present outage is due to a system collapse on the National Grid. TCN assures us that supply will be restored shortly.”

But the spokesperson and Executive Secretary, Association of Power Generation Companies, Dr. (Mrs.) Joy Ogaji, stated: “According to TCN, most of these service interruptions take place because of the inability of the Electricity Distribution Companies, DisCos to take loads allocated to them.”

She added that “Network/Grid instability is a key factor in Electric Power Generation. Hence, building a strategy to increase system resilience requires an understanding of a wide range of preparatory, preventive, and remedial actions as well as an awareness of how these actions impact planning, operation, and restoration over the entire life cycle of different kinds of grid failures.”