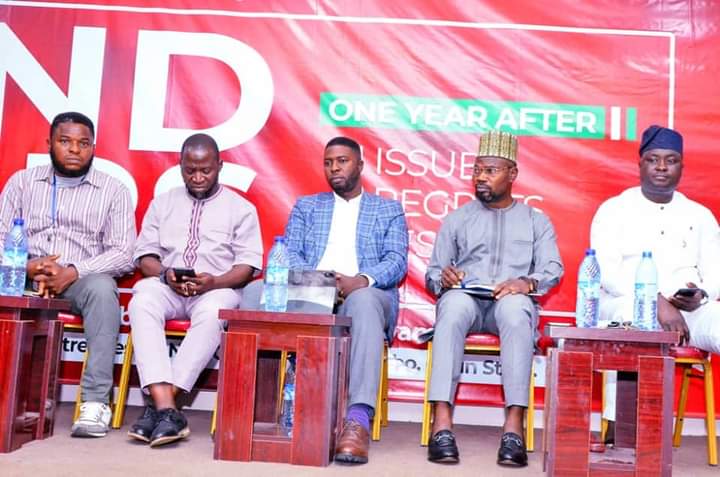 As youths across the country commemorate the one-year anniversary of the EndSARS protest on Wednesday, October 20, 2021, stakeholders in Osun held a summit to analyse the protest and its aftermath.

Attendees at the event commended the EndSARS stakeholders in Osun State for coming up with a Stakeholders’ Summit to mark the one-year anniversary of the EndSARS protest, which is part of measures to further press home their demands that were yet to be met.

The Stakeholders’ Summit was well attended by representatives of youth led groups, students associations, security operatives, media practitioners and government officials, and they harped on the need for immediate fixing of perceived failed institutions in the country.

However, the Commissioner of Police, Olawale Olokode and Director of DSS were conspicuously absent at the event.

To prevent recurrence of the ugly incidents occasioned by the EndSARS protest, the stakeholders who attended the event also proffered workable solutions that could put a permanent end to issues raised by the agitating youths.

This is even as the Osun Government reiterated its commitment to implementing the recommendations of the Judicial Panel of Inquiry against Police Brutality, Extrajudicial Killings and Human Rights Violation in the State that was set up last year.

The government particularly assured that compensation would be paid to victims of police brutality in the State, in line with the panel’s recommendations.

The keynote speaker at the occasion, Dr. Omotosho Oluyemi, hailed the active and courageous citizens for congregating to mark the one year anniversary of the EndSARS protest in a peaceful and orderly manner.

Oluyemi, who is the Dean of Students Affairs at the Federal Polytechnic, Ede, lamented that the issues that led to the protest were yet to be resolved and abated, stating that government are not truthful with the handling of the issues during and after the protest.

He identified the five issues which include, Immediate release of all arrested protesters; Justice for all deceased victims of police brutality and appropriate compensation for their families; Setting up an independent body to oversee the investigation and prosecution of all reports of police misconduct (within 10days); In line with police act, psychological evaluation and retraining (to be confirmed by an independent body) of all disbanded SARS officers before they can be redeployed and Increase police salary so that they are adequately compensated for protecting lives and property of citizens.

Dr. Oluyemi, described the metamorphosis of SARS to SWAT as putting old wine in new bottle, adding that the change was yet to yield any efficient and effective response.

He said: “Nigeria as a country should learn her lessons from internal and external developments. A popular saying goes thus, that ‘no nation survives two civil wars.’ The organisation, commitment, determination, financial muscle and implementation of the spontaneous 2020 #ENDSARS protest shows that a country like Nigeria may not survive another one.

“Government must therefore put everything in place to ensure good governance, reduce unemployment, poverty and inequality. The prevalent unbearable level of insecurity must be checked.

“The attitude of our political leaders in the way they display illegal acquisition of wealth should change. They must work for the good of the majority by developing this country’s infrastructure. The rule of law and maintenance of financial human rights must be transparently practiced.

“Finally, Nigeria rich resources should be harnessed for the good of all through restructuring to make the state and the local government positively resourceful, responsible and responsive.

“If the above are not done, nobody can predict or forecast the consequences of another #ENDSARS protest because a hungry man is an angry man. The police should develop a mechanism that will enable them to differentiate those using the ICT as a means of legal livelihood and those fraudulently deploying same. This demands proper education.

“Those involved in corrupt practices concerning criminal acts, arrest, detention and extra-judicial killings should be prosecuted transparently and publicly. A high powered monitoring group should be set up by government to monitor the daily activities of SWAT and other police formations.

“Government should address the issues raised by the #ENDSARS protesters to the satisfaction of Nigerians. Police should be well trained, remunerated, equipped and motivated to do their work. The bad eggs among them should be fished out, punished and replaced.”

In his remarks, Government representative and spokesperson to Governor Adegboyega Oyetola, Ismail Omipidan, who was one of the Panelists, disclosed that the implementation of recommendations of the Judicial Panel would be speedily effected as soon as it returns from the initiator, the Federal Government.

He said the State Government had concluded all that was necessary in respect of the panel’s recommendations but awaiting the feedback from the Federal Government that initiated the action.

According to him, the recommendations of the panel had been forwarded to the Federal Government for consideration before the next action would be taken.

He explained that the state government was in the process of reviewing the recommendations and initiating implementation process when a directive came from the Federal Government for state governments to submit their reports.

Omipidan, who sympathised with individuals and institutional victims, also assured businesses in the State that the government remains committed to keeping businesses alive and create enabling environment for businesses to thrive.

While fielding questions during a panel discussion at the event, Omipidan bemoaned the spate of misinformation about the incident at Olaiya junction on October 17, 2020, adding that video evidences avail for verification.

He insisted that contrary to the misinformation, the two deaths recorded last year did not happen when Mr. Governor visited the barricade to identify with the protesters before he was attacked by some hoodlums who had infiltrated the protest ground.

He also emphasised that the state government does not control the police because it is a federal institution, adding that it is foolhardy for anyone to assume that the State government is over-pampering the police.

Ajadosu who bemoaned the pressure that led to the massive agitations that eventually resulted to organic protest across the nation, said it is incumbent on the citizens to take their destiny in their hands.

He advocated good governance saying government must begin to see power as responsibility to impact in the lives of the citizens.

Also, a human rights activist, Comrade Waheed Saka, called for immediate response to the demands of the nation’s youths saying the victims of brutality must be adequately compensated.

Saka, a representative of Osun Civil Society Coalition charged the government at all levels to look inward towards ensuring a holistic reform of the police in such a way that will further guarantee the security and safety of lives and property of the citizens.

Two businessmen, Taofeeq Badmus of Tuns Farm and Akeem Adeyinka of Alcatel phones and gadgets, whose businesses were looted aftermath of the protest were also on the panel.

Earlier, the Chairman of the Organising Committee, Comrade Ayodeji Ologun, in his welcome remark, said the event brought stakeholders in security, policy making, government and human rights together to discuss the losses and gains of the nationwide protest held last year.

After the even, a candle light procession was held in honour of those that lost their lives before, during and after the protest. 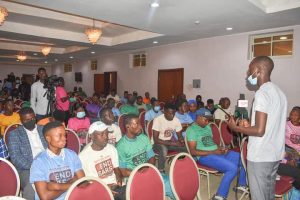 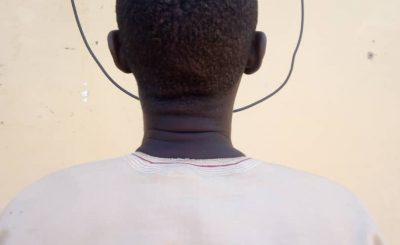 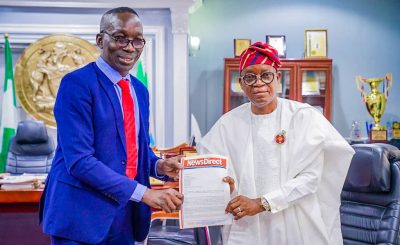