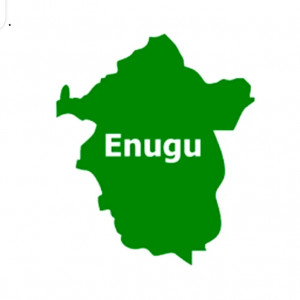 The old community market had with time flown into the road which made Governor Ifeanyi Ugwuanyi on different occasions personally commanded traffic at the NNPC depot junction in Emene-Enugu.

The Capital Territory agency had severally marked the obstructing shops for demolition but the traders kept the surge into the road until it was finally cleared on Wednesday.

Speaking to Vanguard, shortly after the demolition exercise, Chairman of ECTDA, Dr Josef Onoh said that even though the market could have existed for ages, development has caught up with the market, hence the need for the development control measure.

He said “Now with the influx of development, the community had made for an alternative market that is located off the service land of the federal highway and you are aware that that road is a superhighway leading to Cameroon, it’s just a matter of time the federal government has started developing those areas and the activities in the market have constituted a nuisance.

“They have blocked the drainages, the high traffic of trading has caused the place to become a truckers’ park and the truckers have left where they are supposed to be to park along the road, doing their normal trading, constituting different forms of a nuisance.

“In every society, as development progresses, people must transform and abide by the changes, but in their own case, their trading activities have gone beyond the normal and where they are trading is not legal.”