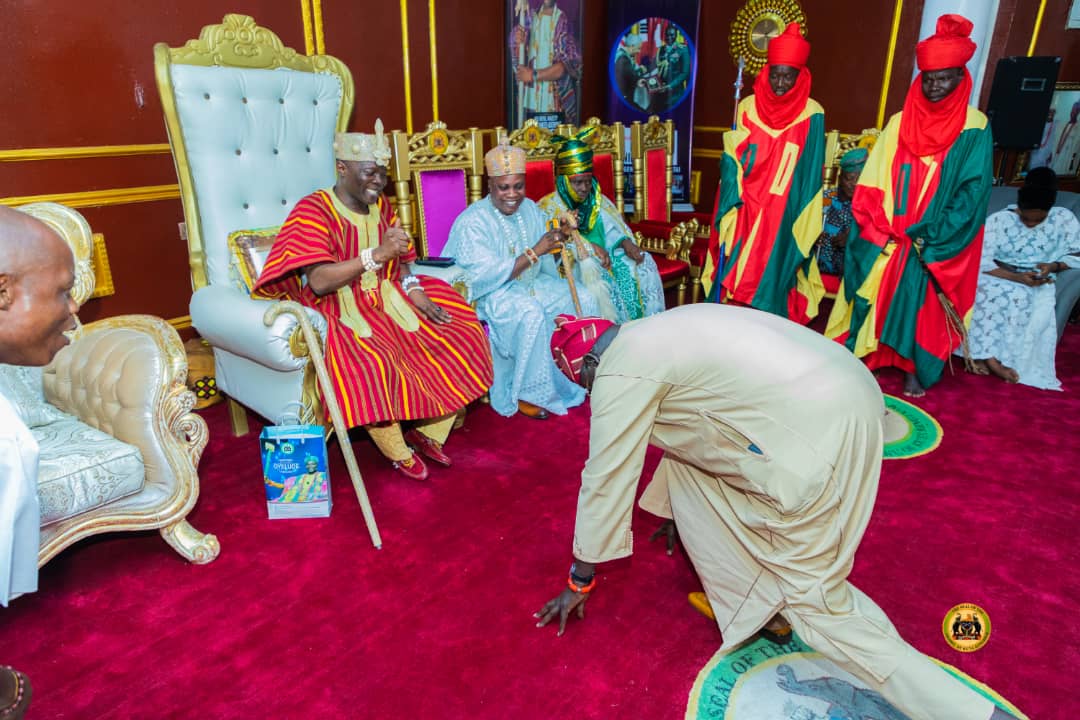 According to the letter of conferment sighted by InsightMedia on Monday, Olowu said; “Besides my long-standing excellent inter-personal relationship with you, your qualification as an icon worthy of being bestowed with High Chieftaincy titles of Owu-Kuta is superlative.

The First Class Monarch explains that since he assumed the throne of his forefathers on the 15th September, 2012, he has developed three main concerns as primary objectives in Office, which include peaceful coexistence, socio-economic development and qualitative leadership.

He said ; “Confernment of this title on you by the Owu Kingdom is a further testimony to the fact that people appreciate what you have done and the ones you are still doing for the country. This long-earned title should further reinvigorate you to do more for posterity.

“After due consultation with the Olowu-in-Council and the entire Royal Family, I hereby confer on you the High Chieftaincy title of:
‘Are Balogun Agba’ of ‘Owu-Kuta’ Kingdom.

“Please accept our congratulation with the highest royal esteem!
The installation will take place at a date to be announced later.