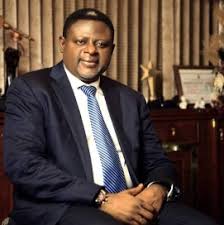 He defeated two other aspirants by a wide margin of 811 votes. Senator John Owan-Enoh who came second got 84 votes while Chris Agara scored 63 votes.

In his acceptance speech, Senator Otu commended Governor Ben Ayade, on his leadership style and industrialisation drive, adding “we will continue where you will stop.”

He thanked the delegates for not receiving a dime from him, saying “Today signals the birth of a project that will signal taking Cross River State to the next level.

He also thanked the aspirants for stepping down for him, adding that “this day would not have been completed without the aspirants. I hold the mandate in trust for all of you.

Otu also commended the chairman of the party, Alphonsus Eba, for producing the next governor of the state.

Earlier, Ayade told the delegates that “We are here as a family. We desire to mainstream our party to the centre. exercise your franchise.