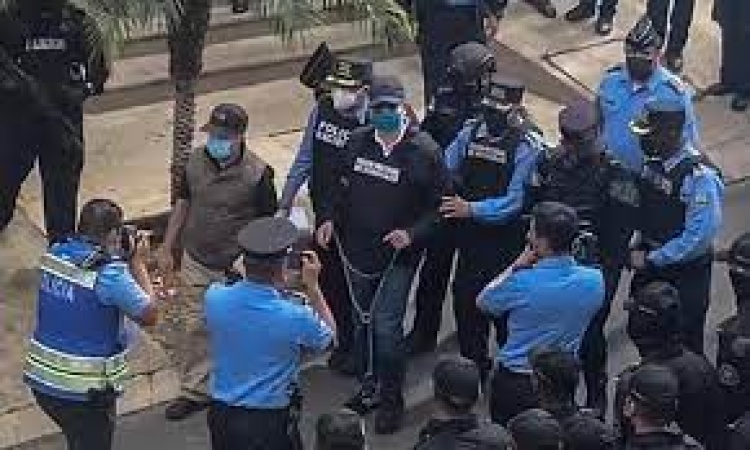 Former Honduran President Juan Orlando Hernandez was arrested Tuesday for drug trafficking. The ex-President’s arrest was carried out at the request of the US.

A judge ordered Hernandez’s arrest after the US requested his extradition on drug and weapons charges less than three weeks after he left office.

Security forces surrounded Hernandez’s neighborhood late Monday. The former president said he was ready to collaborate with national police and would voluntarily surrender.

“It is not an easy moment, I don’t wish it on anyone,” Hernandez said early Tuesday in a recorded message from his home in Tegucigalpa. “I am ready and prepared to cooperate and go voluntarily” if an arrest order is issued, he said.

Although he was once considered one of Washington’s top allies in Central America during the Donald Trump administration, Hernandez did not enjoy support from the Joe Biden administration.

The former president was part of a drug-trafficking conspiracy that has trafficked roughly 500,000 kilograms (551 tons) of cocaine since 2004, according to the extradition request.

The US Embassy in Tegucigalpa said the former president “participated in a violent drug trafficking conspiracy to receive shipments of multiple tons of cocaine sent to Honduras from Colombia and Venezuela, among other places.”

Hernandez claims the accusations are a part of a revenge plot against him.

This arrest occurred days after the new leftist government of Xiomara Castro took office on Jan. 27.

The day Hernandez left office, he was sworn in as Honduras’ representative to the Central American Parliament.