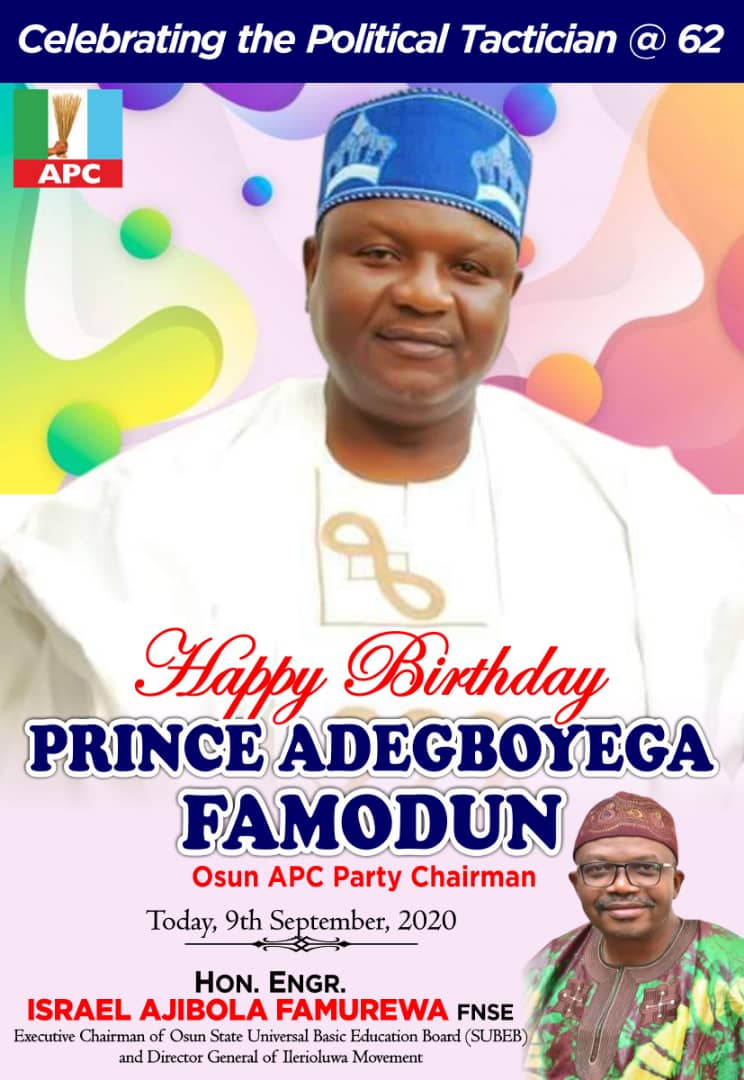 In a statement released by Famurewa on Wednesday, the former Lawmaker said Prince Famodun has transformed the party and helped it become the pride of all in the State.

He also saluted the Chairman’s great leadership qualities of piloting the affairs of the party, most especially during the last Governorship election in the State successfully.

Famurewa said, “ever since Prince Gboyega Famodun became the State Chairman of the party, he has brought discipline back to the Party, and as a political tactician, he has also used his good office to bring to the Party’s astute politicians which are ‘big fish’ in the political arena to the party.

“His leadership is also trying day and night to unite the party. He is indeed a rear gem. I wish him long life and prosperity in sound health. And an happy celebration,” the SUBEB boss said.