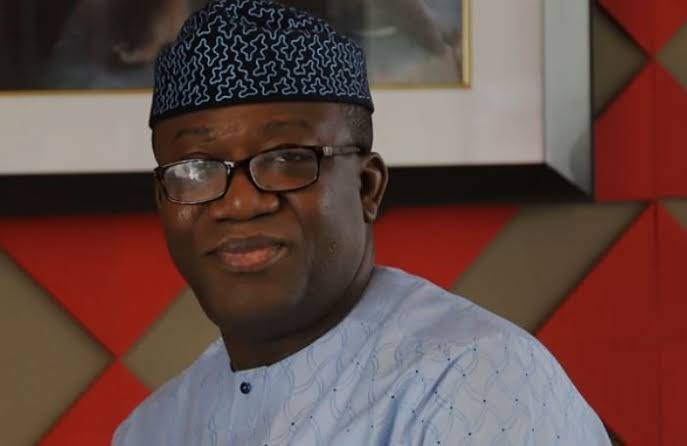 Ekiti State Governor, Dr Kayode Fayemi, has approved the dissolution of all boards and Commissions in the state, excluding Statutory Commissions spelt out in Section 197 of the Constitution of the Federal Republic of Nigeria, 1999 as amended.

The permanent secretary in the office of the secretary to the state government, Gabriel Adejumo in a memo dated August 8, 2022, said, “the dissolution is in pursuit of the efforts to ensure seamless transition of government and early processing of the terminal benefits of the affected political office holders.”

He said the governor also terminated the appointment of special advisers who are not cabinet members; technical advisers; directors general, coordinators; and other heads of non-ministerial offices, which would take effect from August 31, 2022.

The memo read, “While the foregoing approval takes effect from August 31, 2022, the affected officials are advised to hand over all government property in their possessions to the Accounting Officers or the most senior career officers in their Ministries, Departments and Agencies.

“By this letter, Accounting Officers are requested to give wide publicity to the contents of this circular letter and any points of doubt as to its correct interpretation should be referred to the office of the Secretary to Ekiti State Government for clarification,” it added.