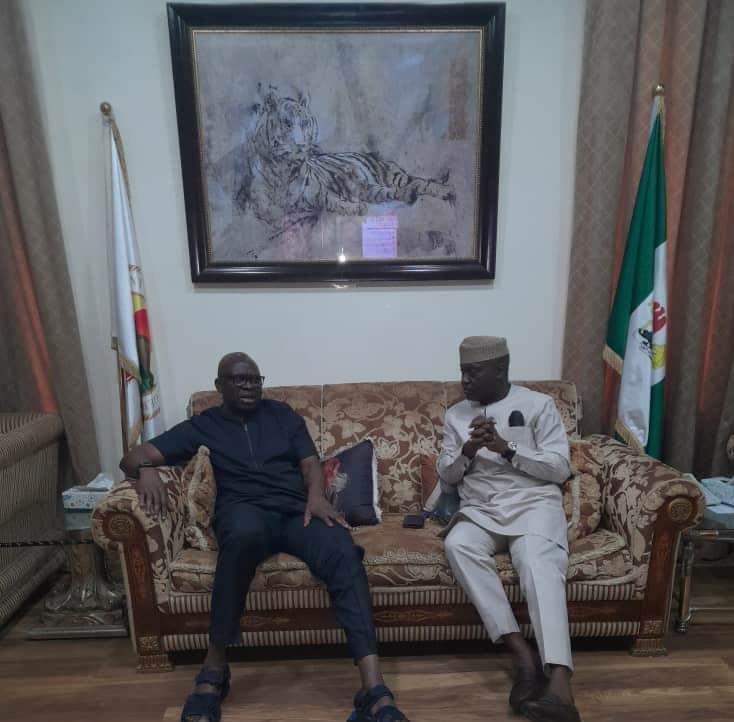 As the crisis within the opposition People’s Democratic Party thickens, Former Governor of Ekiti State, Mr Ayodele Fayose on Wednesday vowed to support the governor-elect, Biodun Oyebanji towards the development of Ekiti State.

This is coming on the same day he reinstated his support for the southern presidency, stating that a southerner should succeed President Muhammadu Buhari.

This despite his party, the Peoples Democratic Party (PDP) has presented a presidential candidate, Atiku Abubakar who is from the Northern region.

According to reports, the former governor made the remarks while playing host to Oyebanji, who paid him a visit after winning the June 18 Governorship election on the platform of the All Progressives Congress.

Fayose’s words: “I promise to support Oyebanji’s administration in whatever area his support would be needed. The development of Ekiti State is a collective effort.

“You have to see all Ekiti people as your own. You are the governor of all regardless of political affiliations”.

Meanwhile, Oyebanji said the visit was to extend courtesies to Fayose as a former governor of the state, who, according to him, demonstrated statesmanship by congratulating him shortly after he was declared winner of the June 18 election.