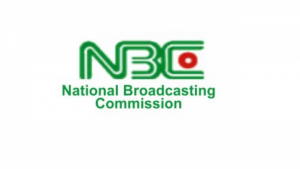 The federal government through the National Broadcasting Commission (NBC) has asked all social media platforms and online broadcasting service providers operating in Nigeria to apply for broadcast licence.

Armstrong Idachaba, the NBC director-general, gave the directive in a newspaper advertorial published on Thursday.

This follows the federal government’s announcement that Twitter and other social media platforms must register as a Nigerian company for them “to do business in Nigeria.”

It re-echoes concerns raised by allegations that the Buhari administration is clamping down on free speech and internet freedom — the government denies this.

READ ALSO: Nigeria Will Be Shut Down If Any Yoruba Is Killed On June 12– Sunday Igboho

Idachaba said in the advertorial that the NBC establishment code empowers the commission to ask the companies to be licensed.

Section two (b) of the NBC act of 2004 states: “(1) The Commission shall have [the] responsibility of: Receiving, processing and considering applications for the establishment, ownership or operation of radio and television stations including (i) cable television services, direct satellite broadcast and any other medium of broadcasting.”

The advertorial reads: “The National Broadcasting Commission (NBC) hereby directs every Online Broadcast Service provider and Social Media Platforms operating within the Nigerian State to apply and obtain broadcast licence for their service(s)