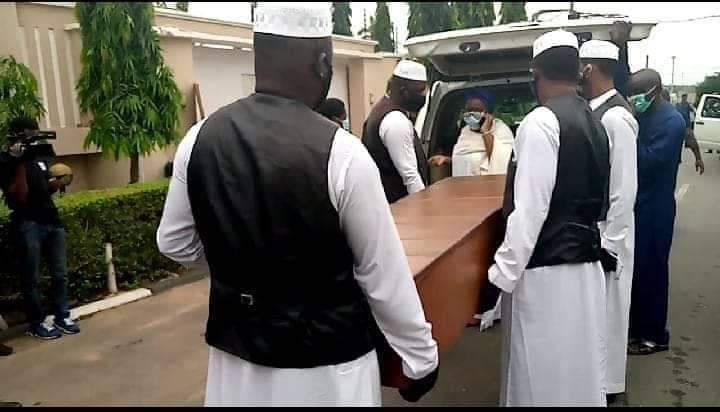 The remains of the late former Governor of Oyo state, Senator Abiola Ajimobi has finally been buried.

Ajimobi’s body was laid to rest privately at his Oluyole residence after the state government refused to let his family bury him on the controversial Agodi GRA residence.

According to sources who attended the ceremony, the burial was done quietly with the presence of heavy security officers. The burial was also reportedly done in line with the guidelines of the Nigeria Centre For Disease Control (NCDC).

Sources at the burial ceremony said his body was interred at exactly 10:05 am.

Among the cleric at the burial were Alhaji Kunle Sanni, Sheikh Muyideen Bello, Chief Imam of Ibadan land, Sheikh Abubakri AbdulGaniyu Agbotomokere among others.

At 12 noon, prayers would be offered for his repose at the Sen. Ishaq Abiola Ajimobi Mosque, Oke-Ado.