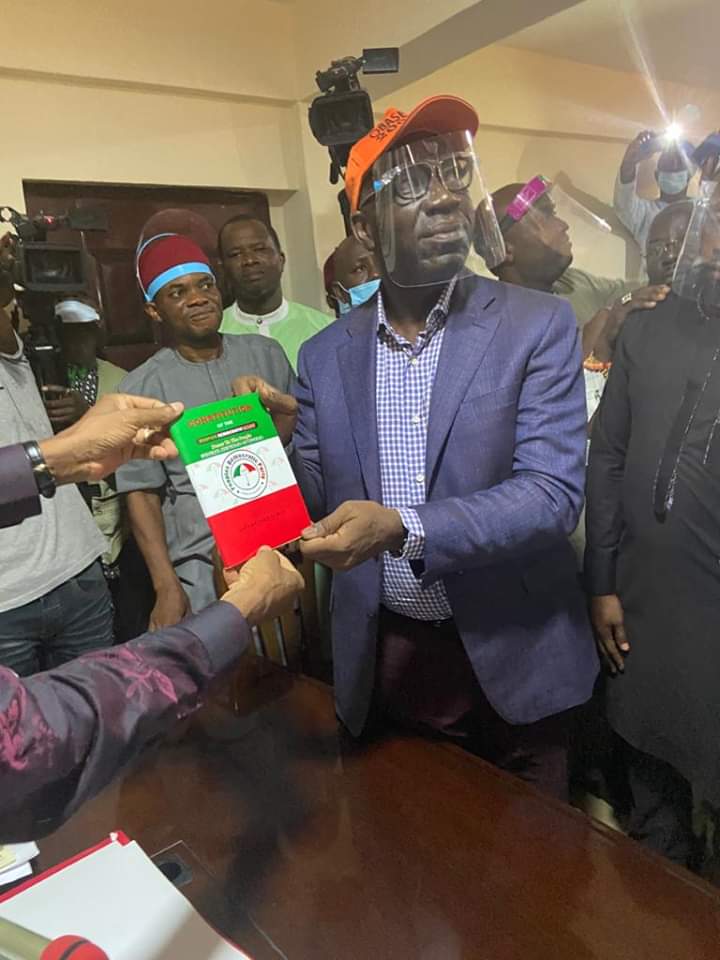 Obaseki, in company of his supporters and appointees arrived the party Secretariat located along 1st East Circular Road, Benin City this afternoon.

He was received by the State Chairman of the party, Hon. Tony Aziegbemi and other party chieftains in the state.

Breaking News! The governor of Edo State, H. E. @GovernorObaseki has defected to our great Party, the @OfficialPDPNig. The declaration was made this afternoon at the state Secretariat of our party in Benin city, Edo State. Power to the people. #EdoIsPDP. @officialKolaO pic.twitter.com/GV36MSYrGx