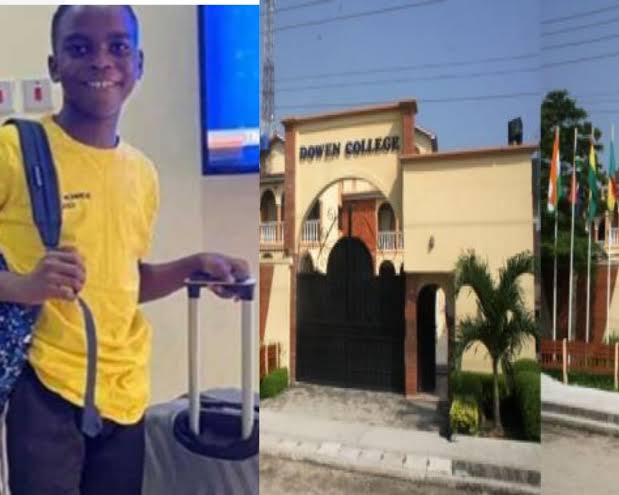 Despite the closure by the Lagos State government, the management of Dowen College, Lagos, has announced the commencement of online academic session.

Governor Babajide Sanwo-Olu had on Friday ordered the indefinite closure of the school, following the controversies surrounding the death of a 12-year-old student, Sylvester Oromoni Junior. This was to enable proper investigations are carried out.

But the school management, in a mail sent to parents shortly after the shutdown, announced that all academic activities will be held online until further notice.

“We wish to inform you that further to our meeting at the Ministry of Education the school will be shutting down all physical activities till further notice. All learning will move online in the interest of safety and transparency,” the management said in the mail, a screenshot of which was seen on Twitter.

It further commiserated with the family of the Oromoni Junior who died after sustaining injuries over his alleged refusal to join a cult group in the school.

Since the incident, there has been outrage as many called for a complete shutdown of the school and demanded justice for the 12-year-old with #Justiceforsylvester trending on Twitter.

This followed the management’s claim that the deceased only suffered football injuries despite evidence of his last moments that indicated that the 12-year-old was beaten, as his lips were swollen and blood was spotted on his teeth, an indication that he also had injuries in the mouth.

Sylvester Oromoni, the father of the late student had alleged that parents of students responsible for torturing his son were on the move to fly them out of the country.

“The parents of the boys are wealthy. They withdrew them. The school called the parents to pick their wards; interviewed them. Some of the parents are planning to fly the children out of the country,” Mr Oromoni alleged while disclosing that Oromoni Junior was also given a chemical substance.

Management of the school has remained tight-lipped on the matter.