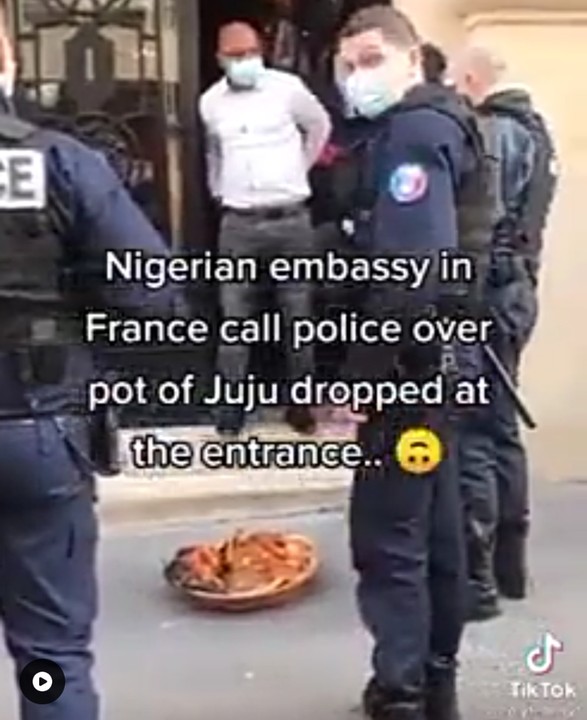 French Police were left shocked when some moved away after Nigerian Embassy in France alerted the them over a pot of juju dropped at the entrance.

The France Policemen who had hurriedly rushed there, became flabbergasted after spotting it.

According to reports, Officials of the Nigeria Embassy resumed their working activities in one morning only to see a pot of sacrifice, which is locally referred to as Juju, positioned at the entrance of the office.

They became very frightened and have no choice but to call the Police rescue.

On reaching there, the Policemen became surprised and was seen discussing with the workers, apparently trying to figure out how it gets there and how to go about it.

Four Policemen were spotted in the video and three confused policemen quietly moved away from the calabash full of sacrificial items, the other policeman was able to continue in the conversation with the workers.

However, no information has been released yet in regards to the identity of the person behind such an act in the secured environment. 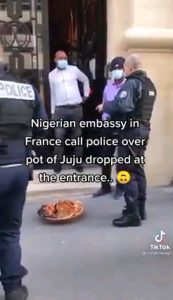