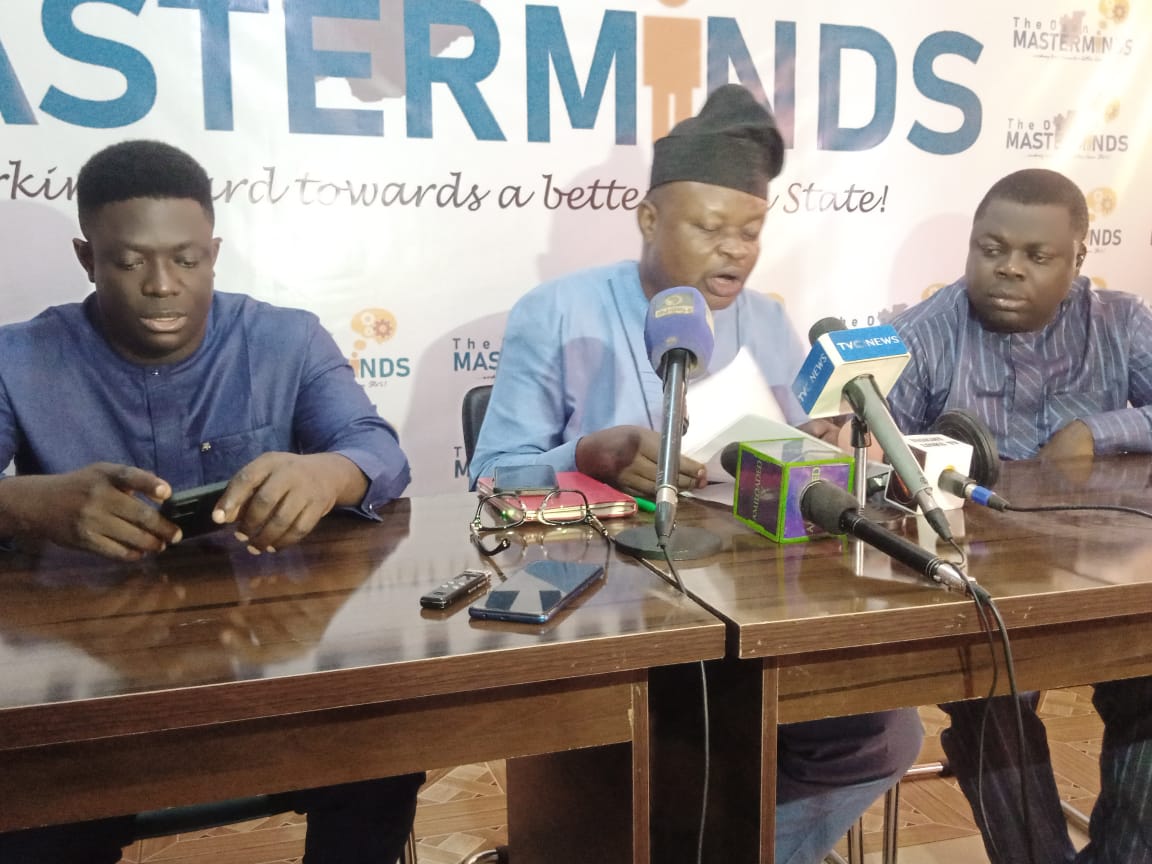 The Osun Masterminds, a civil society group in Osun State, has called on residents of the State to scrutinize agenda of politicians seeking to govern the State.

“Our development discussion must presently be based on ideas that will transform Osun into an economically sustainable State that will create opportunities for the dexterity of our youths and the social needs of every class of society. Such developmental ideas need be communicated by every candidate before we can consider them worthy of support. Governance has evolved way beyond tomfoolery, abusive songs and theatrical performances in the name of campaigns.” The group said in its April edition of monthly address delivered by Dr Wasiu Oyedokun-Alli on Thursday.

The group noted that it expected campaign to have started on all available platforms and channels, but it’s surprised that nothing has commenced so far.

It also cautioned politicians against disrupting peaceful atmosphere in the State by causing violence.

“It must be said that Osun has grown beyond the use of payment of salaries as campaign message and the people of the State must be wary of such politicians who deliver such outdated messages. Salaries and Allowances of Civil servants being rightfully theirs, the present government is respecting this right and paying the State’s workers as and when due.

“Osun Masterminds take particular notice of accusations and counter-accusations of rigging coming from most of the parties that will be participating in the Governorship election against one another. One of them has gone as far as constituting an anti-rigging committee, which it claims will help it ensure the election is not rigged in favour of another.

“We say that these self-help measures are good, as long as they are not decoys for perpetration of electoral crimes under the guise of preventing rigging. Violence, voter intimidation and propaganda are suspected to be tools with which some politicians are presently scheming to win the upcoming election. These are against the spirit of a proper democratic process that is pro-people. We urge politicians and candidates to avoid any resort to these anti-people tools before, during and after the election.

“Osun Masterminds also note that in the past, superior rigging mechanisms has been deployed by politicians to counter the rigging they suspect their opponents are perpetrating and we urge present political actors in the State do away with any thoughts of rigging of any kind.”

The group also called on those seeking to be elected in 2023 elections to ensure that their political primaries slated for May are peaceful.