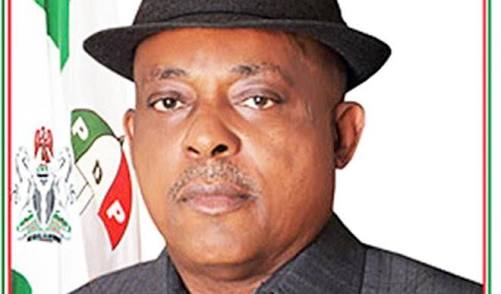 The leadership crisis currently rocking the opposition Peoples Democratic Party (PDP) worsened on Monday, August 23, 2021, as a Rivers State High Court on Monday restrained Prince Uche Secondus from parading himself as the National Chairman of the party.

The order was given by Justice O. Gbasam at the State High Court sitting in Degema Local Government Area of the state.

The judge who gave the order, also approved the suspension of Secondus as a member of the party pending the hearing and determination of motion on notice for interlocutory injunction.

The order followed a complaint brought before the court by five aggrieved members of the party in Rivers State.