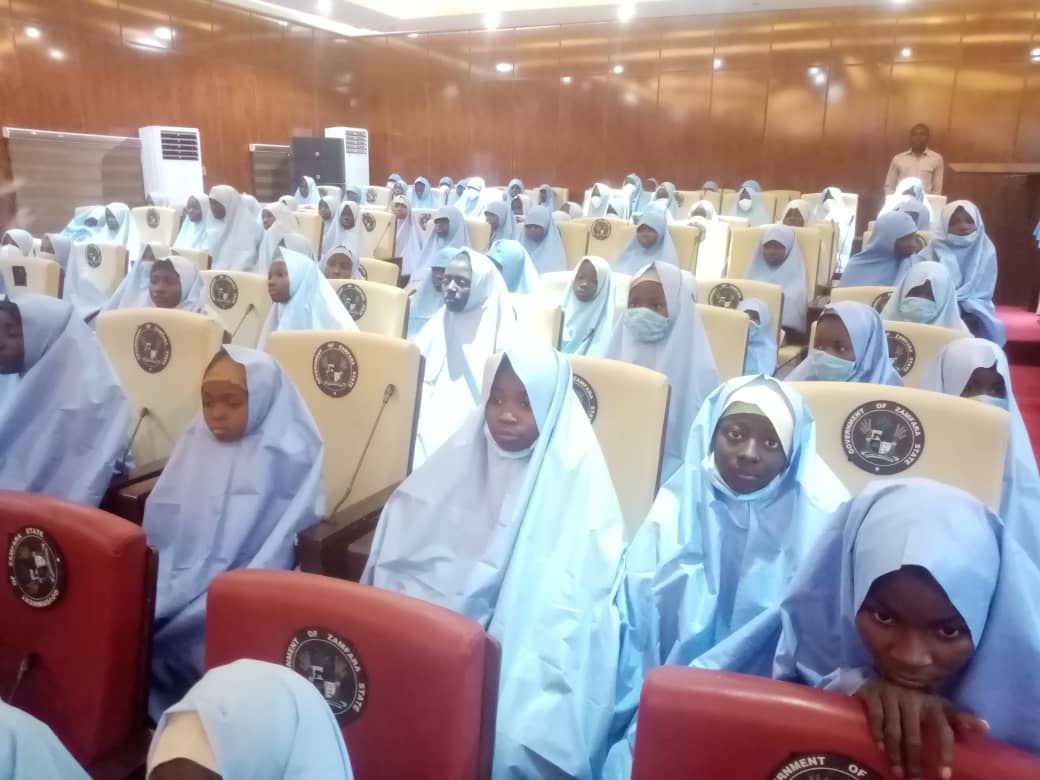 The Lagos State Government has been charged to take necessary measures aimed at ensuring smooth implementation of the recent Supreme Court judgment which grants Muslim girls the right to wear hijab in public schools in the State.

The Companion-an association of Muslim men in business and in professions made the call in a release by the National Amir Engr.kamil Olalekan and the General Secretary Alhaji Ibrahim Abduquadri.
The statement describes the Apex Court judgment as a watershed, moreso that the legal tussle instituted against the Lagos State Government by Asiyat AbdulKareem, on behalf of the Muslim Students Society of Nigeria,MSSN in Lagos Area Unit, had lasted about ten years.

The Companion decries the lethargy that had characterised the implementation of the judicial pronouncement and demands that a circular be issued forthwith, to set the tone for its enforcement in public schools.
The Muslim group cautions against any form of victimisation or harassment of Muslim female students by overzealous school teachers or principals, adding that the judgement is a guarantee of one of the fundamental Human Rights of Muslims and adherents of other religions.

The Companion wonders why some individuals or groups would deliberately, whimsically and clandestinely work assidously, with a view to denying adherents of Islam their identity in a country where the constitution guarantees inalienable rights.
The Companion calls for sincere love, tolerance and upholding of the rule of law by people of other faiths,as anything contrary to such is an invitation to lawlessness and anarchy,describing the Muslim Ummah as peaceful.

“There is the need for people of other faiths to be lawful as well as respect the dictates of Islam as contained in the holy Qur’an and the tacit approval of Prophet Muhammad as anything contrary precipitate crisis “, it stresses.

The Companion however enjoins Muslims in Lagos State among other States of the Federation to remain calm and law-abiding in the face of provocation arising from the delay in the enforcement of the Supreme Court judgment on the use of hijab in public schools.

The Companion contends that it beats the imagination that despite bending forward and backward to accommodate the christian counterparts in religious tolerance and freedom of worship, Nigerian Muslims have continually been discriminated against, harassed, humiliated, profiled and are subtly now openly referred to as fulani- terrorist group even in view of glaring statistics that Muslims suffer most in terms of casualty in terms of being killed and maimed by the various destructive terrorist groups spread across West/ East Africa regions.

The Muslim organisation wonders what could have led to the unimaginable level of deep-seated hatred the christian brothers harbour for Islam to warrant stiff opposition to the use of hijab by pupils/students and even undergraduates, which is considered purely a personal matter. This lends a strong credence to the the subtle agenda of Christian Association of Nigeria CAN, to have the identity of Nigeria’s teeming populace subsumed in her evangelism drive.

“It is in this sense that we want to situate the recent declaration of the Appex Court on the use of hijab as fundamental human right of muslim females and their inalienable right to decent appearance and identity”,says the group.

The Companion posits that the flurry cases of glaring opposition to Muslims way of life came to the fore in the wake of adoption of Islamic financial system considered to be halal(lawful in the sight of Allaah) but which the western culture nay christian world detests, despite the readiness of many so-called predominantly Non-Muslims Countries and States in Nigeria to take advantage of multifaceted benefits of such non-interest facilities.

The Muslim ummah is equally piqued and feels utterly concerned by the westernisation of education as initiated by the country’s colonial masters and forced down the throat of adherents of Islam, to embrace hook, line and sinker till today.
“Quite unfortunately too, is the fact that, many of us have been indoctrinated to the extent that we have forgotten that the academic gown proudly wore during the matriculation and graduation ceremonies in secondary schools and Tertiary institutions today as well as the designation of the Chief Executive Officers in the Colleges of Education, Polytechnics and Universities have their origin in church administration”, the organisation contends.

It thus becomes more ludicrous that dressing in the Muslim way is today regarded by Christians generally as unbefitting in a decent environment, even when biblical verses support the injunctions of Allaah on dressing among Muslim women.

What more! Time for Muslims obligatory prayers (solat) is often treated with contempt. It is unimaginable that many lecturers in various Tertiary institutions,out of insensitivity or pathological hatred for Islam, still fix lectures between 1:00pm and 2:00pm on Fridays, when Jummat service holds. It is therefore an irony of sort, for people of other faiths to ascribe religious intolerance to Muslims when their children are prevented from offering solat in their personal hostel rooms in Christian Higher institutions of learning while the contrary is the situation in Muslim faith-based institutions.

“The whole world knows that it is an incontrovertible fact that no country or nation can survive with a section of society waging war against the other section as personified by Christians’ persistence persecution of Muslims”.

The height of religious intolerance was taken to a ridiculous level last week Thursday with the mild drama which played out at the Supreme Court, as a frontline human right activist, Chief Malcom Omirhobo, attended proceedings, dressed as a native doctor,apparently in protest against the judgement of the apex court in the land.

“We must state unequivocally, that The Companion is not surprised at the degrading act, as his antecedents are already in public domain. Let Chief Omirhobo continue to dress like that to everywhere in apparent hatred for Islam and it’s adherents.
It would be recalled that after about 10 years of legal tussle, the Supreme Court on Friday, July 17, 2022, approved the wearing of hijab by female Muslim students to school in Lagos State.