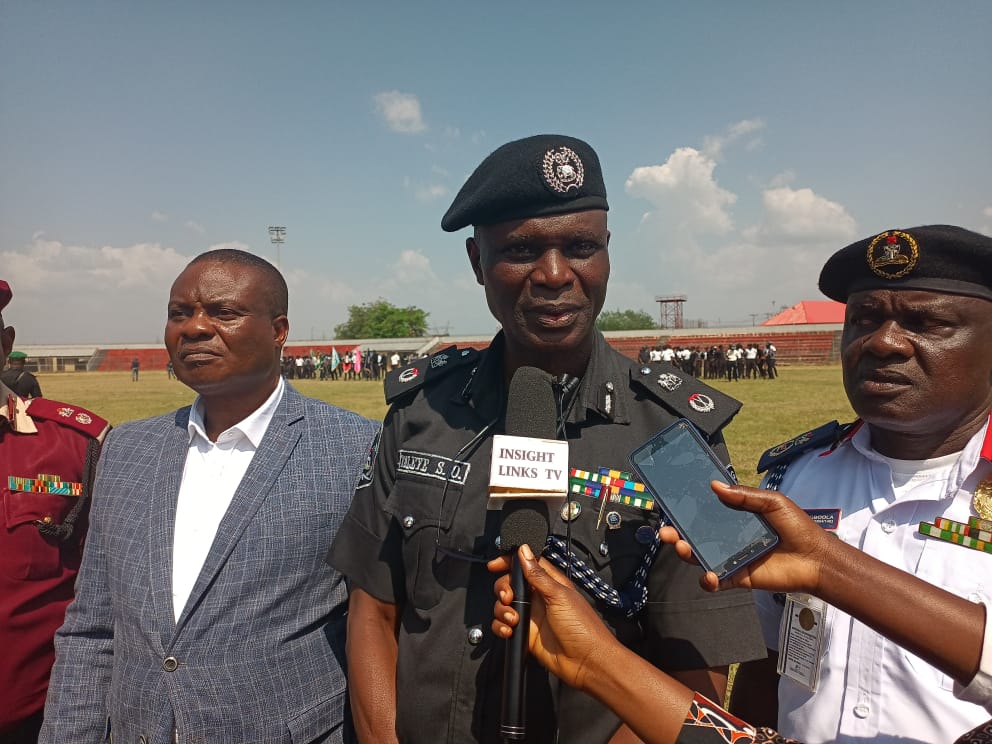 The Osun State Police Command has accused some hoodlums hired by interested persons in Ikirun kingship tussle of attacking its men and men of fire service who had rushed to the town to quench the inferno at the Palace on Wednesday.

State Commissioner of Police, CP Faleye S. Olaleye, said he was miffed about the Kingship crises that erupted in Ikirun despite series of peace meetings he had earlier held with the relevant stakeholders/parties over the kingship tussle since the announcement of the installation of the new Akinrun by the State Government.

InsightMedia reported on Wednesday that the crisis rocking the town since the announcement of Oba Olalekan Akadiri as the Akinrun, was renewed, leading to the death of a Prince, identified as Lukuman Omoola.

A section of the Palace was burnt down as the Oba Akadiri was allegedly making a forceful entry into the Palace.

A statement by Yemisi Opalola, the Police Public Relations Officer reads, “It would be recalled that yesterday 22nd November, 2022, the Commissioner of Police held another round of peace meeting with the contending parties on the need to allow peace to reign in Ikirun and the State in general, where all consented to maintain peace, but was surprised to learn about the attack on security personnel, fire brigade personnel and the burning of the Akirun of Ikirun Palace by armed hoodlums who shot two Police officers and injured two fire service personnel.

“Equally, the Commissioner of Police wishes to debunk the news making the round that, Policemen shot at people at Ikirun, the true picture of event is that, while some policemen were at Akinrun palace to protect those renovating it, some armed hoodlums shot the Policemen deployed to the palace, injured one Inspector Obajobi Adedokun and Inspector Raji Abiodun. They were rushed to hospital for treatment. They set the palace ablaze and also attacked the fire brigade personnel and injured one Orunwumi Roseline and Abel Olayinka and attacked their truck while on their way to the palace to put out the fire.

“The Commissioner of Police therefore, charged parents and guardians to warn their wards to stop this uncivilized act of violence and toe the path of peace. He sternly warned that, anyone found culpable in this unwarranted violence/attack will face the full wrath of the law.”