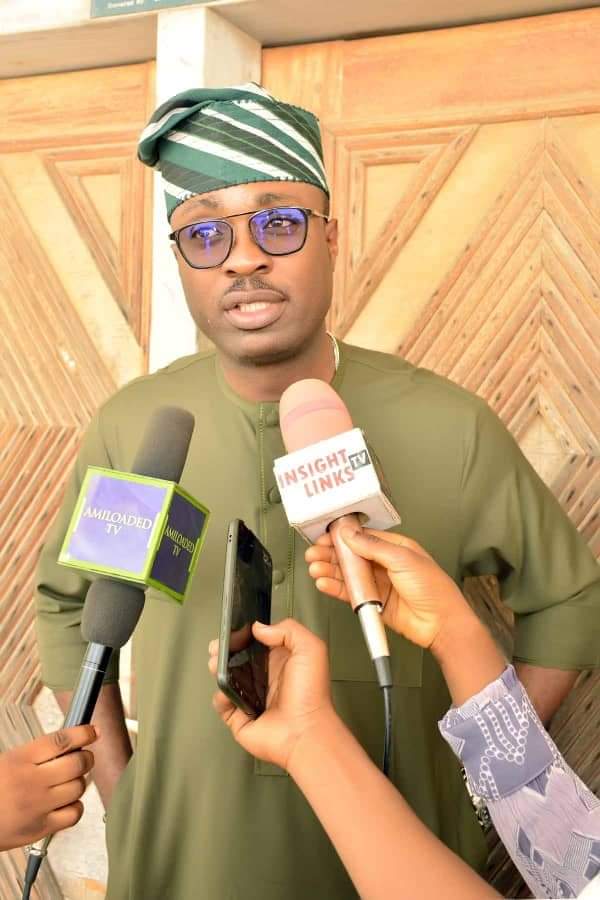 Former House of Representatives aspirant on the platform of the People’s Democratic Party Engr Ayodele David Asalu has finally broken silence on why he’s moving to the All Progressives Congress from the PDP.

Fondly called Asler, Asalu said the betrayal by the governorship candidate of the PDP, Senator Ademola Adeleke informed his decision.

The Ejigbo-born politician ascribed his loss at the PDP primaries to Adeleke and the Adeleke dynasty, stating that he felt disappointed that the man he has invested in his project could betray him despite assurance of level playing ground.

For years, I have been a dedicated member of the Peoples Democratic Party in Osun State, making key contributions to not just the welfare of members, but also the development of society; my efforts contributed immensely to the past positive perception of the PDP in Osun State.

While not holding any office ascribable to my membership of the PDP, I deployed lots of resource to the propagation of a positive image for the party. I delivered several empowerment programmes, hundreds of solar streetlights, quite a number of electricity projects, numerous jobs and a lot of personal support directly to our people. I did all of these in good faith, hoping that the PDP will one day reward that loyalty and dedicated membership.

Understanding my capacity to serve and deliver more dividends to our people if elected, I sought the House of Representatives ticket of the PDP for Ede North/Ede South/Egbedore/Ejigbo Federal Constitutency in 2019 and 2022. I lost in good faith in 2019, but the events that surrounded my loss of same ticket in 2022 have given me cause to rethink my membership of the PDP.

Prior to the House of Representatives Primaries of the PDP, I had canvassed and convinced delegates in the constituency to support me. I had also obtained assurance from the Adeleke dynasty that no member of the family was going to interfere with the process.

It was then a disappointment, that a few days to the primary election, Sen. Ademola Adeleke personally put calls through to delegates, asking them to support one of my opponents instead. He made several calls, reached out to several stakeholders, cajoling and in some cases, instructing them to not support me. It still baffles me until now, what I did to deserve such treatment from Sen. Adeleke whose project I was totally dedicated to.

I am also aware that in some cases, delegates were blackmailed and arm-twisted to vote for another aspirant, especially by one of the henchmen of the Adeleke dynasty, Alh. Kazeem Akinleye, who even resorted to threats at some point. This was the same story in several Constituencies of the State.

Aside the hypocrisy of throwing weight behind one candidate despite the promise of a level playing ground, illegalities were also perpetrated in the course of the primaries. Against the provisions of the constitution of the PDP, several wards particularly in Egbedore Local Government, had all-male delegates instead of at least a female delegate, as stipulated by the laws of the party. This was done to disenfranchise identified females in the wards concerned, who had been committed to my project. I have since challenged this in court and will see the case instituted to a logical conclusion to ensure that justice is served.

My political orientation makes me understand that occasionally, you fail, but when this happens, you would find consolation in the fact that you did your best. My failure in this case, was however orchestrated and masterminded by the same man to whom I had shown loyalty and just loyalty. Yet, the fact that I was not the only victim of his interference, speaks volumes about his person and the dynasty he represents, routinely rewarding loyalty with betrayal.

The options before me are clear – continue in this party of betrayals and interlopers while keeping mute and suffering in silence or speak out against this evil and tend to my political fortunes on a different platform, where my contributions will be better appreciated. My loyalists seem to have decided already, that they will no longer have anything to do with the man who scuttled our chance of success at the primaries. They have removed every item we used to promote him anywhere in the State. I understand this raging anger, having been so unfairly treated, yet I earlier appealed to them to stay calm, while we plan our next move that will guarantee our continued survival within this political space.

After due consultations with supporters, friends and political leaders who have our best interest at heart, I have reached the conclusion to move my political involvement to the All Progressives Congress, a party that has repeatedly extended a hand of friendship to me, despite my past membership of an opposition party. This decision is to ensure that our political contributions are made on a platform that will reward our efforts appropriately.

I have resolved, in agreement with my teeming followers and supporters, to deploy all that we have to the success of the All Progressives Congress (APC), having received assurance that we shall be fairly treated and carried along where necessary. The hand of friendship we have been offered by the APC is totally different from the treachery with which the PDP dealt with us. We will therefore reward this friendship with passionate commitment to the success of the APC in all polls.

I assure you all, that I shall remain steadfast in my commitment to the development of our Constituency and State, in any capacity I may ever find myself.