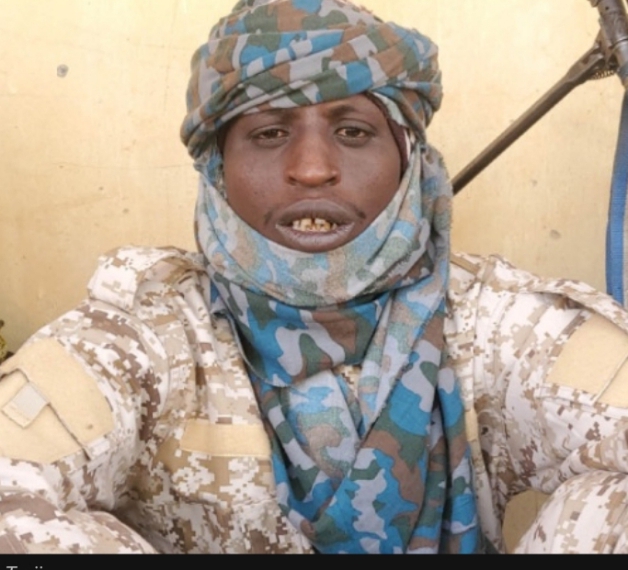 Details have emerged as to how notorious Zamfara bandit leader, Bello Turji, narrowly escaped being trapped in aerial bombings by the Nigerian Air Force (NAF) fighter jets on his enclave located at Fakai in Shinkafi LGA, Zamfara State.

Reports from the area said there was heightened tension over the weekend among Turji’s men and residents, who feared possible attack in response to the military operation.

The crowd was said to have gathered for the naming ceremony of a baby born to Turji’s family.

While details of the extent of the damage inflicted on the camp remain sketchy, Daily Trust gathered that Turji and most of his close associates escaped the attack, having left the spot to observe the afternoon prayer (zuhr) just before the strikes.

“He (Turji) directed that they should observe the prayers. Those who didn’t leave for the prayers were hit by the bombs,” a source in Shinkafi told our reporter.

The escape on Saturday was the second time the bandit leader had escaped such an assault. In December 2021, a NAF bomb targeted at his camp hit some of his fighters, wounding many and killing at least one person.

The bomb was said to have been dropped moments after Turji had left his house.

A source from the nearby village of Dangondi, who was among those who escaped the Saturday airstrike, told Daily Trust that many people were killed but did not give figures. He said those killed were buried after the commotion from the attack died down.

“Some young men were killed. There were also women and children who had gathered for the ceremony,” he said.

Turji is notorious for his role in the banditry challenge in Zamfara and beyond.

Late last year, the bandit leader told Daily Trust on Sunday in an exclusive interview that he was laying down his arms. The ceasefire deal between him and the local communities led to renewed peace in the area, with many hitherto sacked farming communities returning to their farms this farming season.

But a security source said Turji’s repentance was doubted by security agencies as he allegedly continues to acquire more weapons.

Another source said the attack could be because Turji’s name kept cropping up in security reports for engaging in gunrunning.

How rival gang ‘snitched’ on Turji

Insight media gathered that the attack on Turji is suspected to have been made possible through information provided by his arch-rivals from nearby Maniya community.

Turji has for long being in a fierce rivalry with the Maniya gang, with the two sides clashing on some occasions.

Daily Trust recalled that in June, this year, Turji led his men to attack the enclave of the bandits in Maniya, killing one of the leaders in the area known as Dullu.

The attack by Turji followed a series of warnings to the gang in Maniya to desist from waylaying travellers and attacking villagers, after he had struck a ceasefire deal with the locals.

“The strong suspicion is that the Maniya boys snitched on him when they heard of the gathering. You know, the two sides have been at each other’s throats.

“Even about three weeks ago, he sent them a warning about some things happening around the area,” a source in Shinkafi who declined to be named said.

“People are in a panic,” a resident of Shinkafi, Alhaji Murtala Wadatau, told Daily Trust by phone on Sunday afternoon.   He said there was an uneasy calm in Shinkafi and surrounding villages as residents were worried over what could follow the airstrikes.

Bandits are known to have retaliated against attacks by security agents on local communities.

He said the relative peace enjoyed in the area, since Turji announced a ceasefire last year, has accorded people the opportunity to farm and also travel on the hitherto dangerous roads at any time.

“We are looking for a permanent solution to this problem. Everyone in this town now has his heart in his mouth, including women at home, because we know any attack could be a provocation that could thwart the peace we currently enjoy.

“We don’t have sufficient security at the moment here, and residents have been disarmed after the last ceasefire deal. Now that people are disarmed who can defend us from these people?” he said.

Wadatau said though Turji has not surrendered his arms, which could make his repentance insincere, he has thus far allowed residents to live peacefully and even provided some protection to locals.

“A few weeks ago, he went to dislodge a market around Bafarawa where they sold stolen cattle and ordered that the market be returned to its schedule as a weekly market. He seized the money with which the cattle rustlers transacted.”

Wadatau called on the government to implement a more sustainable campaign that would bring a permanent end to the banditry problem, rather than a one-off operation.

Responding to the people’s fears and plea for sustained operation, Director of Defence Information, Major General Jimmy Akpor, said the military “will continue to maintain the heat” on the bandit groups.

“Operations are going to be sustained both by air and ground troops,” he told Daily Trust Sunday night.

“”Government institutions have a constitutional responsibility to keep the environment safe and that we must do,” he said.(Daily Trust: Text, excluding headline)