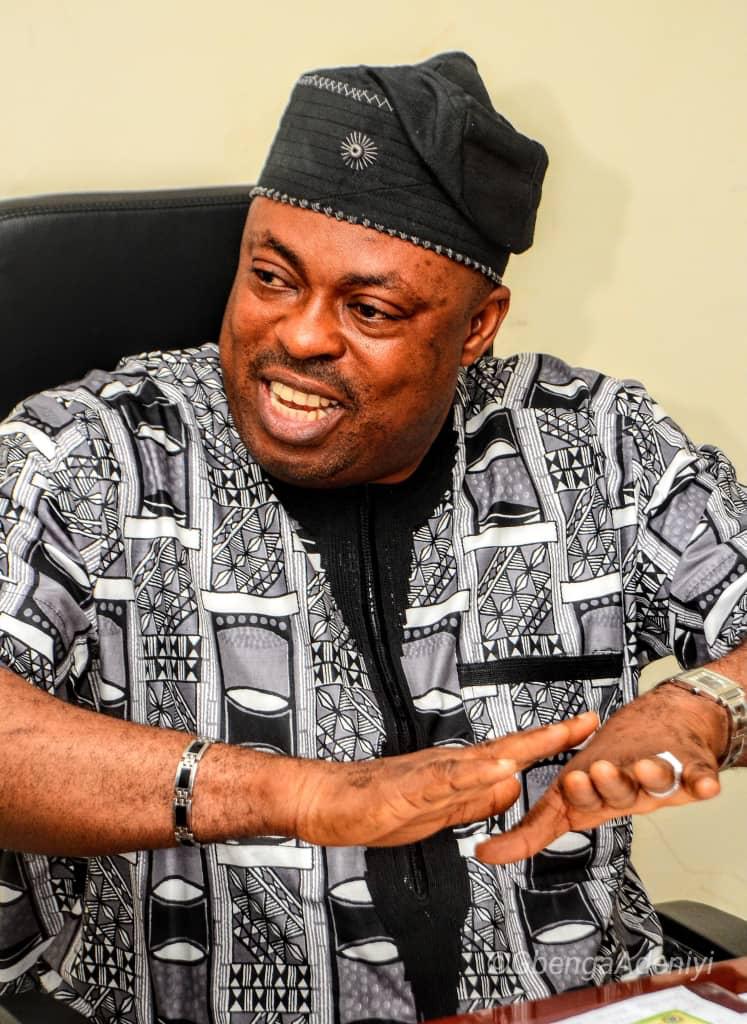 The Speaker, State of Osun House of Assembly, Rt Hon. Timothy Owoeye has on Wednesday charged citizens and residents of the state to ensure that couples experiencing divorce in their marriages are properly reintegrated into the society without stigmatization in order to stem the surge of domestic and gender based violence.

This is even as the wife of the governor of Osun, Mrs Kafayat Oyetola urged the State House of Assembly to amend the law establishing the Amotekun Corps to legally empower members of the security outfit use their intelligence service to detect and arrest perpetrators of rape and sexual violence in the state.

The Speaker while receiving the wife of the governor of Osun at the floor of the Assembly held that the idea of looking down on people with separated homes must stop as it has roots to domestic violence.

Owoeye called for the strengthening of counselling mechanism to help guide, nurture marriages and protect victims of domestic and gender based violence and in most extreme cases reabsorbed those whose marriages are beyond repair into the society.

He said, “The time is nigh for us to begin to sensitise married couples that a separated home is better than a six feet below home. A marriage that is not working is not working, the idea of looking down on people with separated marriage must stop.

“We must strengthen our counselling mechanism to help nurture marriage and protect victims of domestic and gender based violence’.

The Speaker stressed that for offenders of rape not to escape justice, the prosecutor must go forensic to hold perpetrators accountable for the crime.

“With the recent rise in gender based related cases on our state and nation, there is a need to have the judicial process fast tracked.

“I want to join my voice with the Attorney General of the Federation and Minister of Justice, Abubakar Malami SAN when he said, “to tackle this hydra-headed menace, my office is currently engaging with heads of courts, for the establishment of specialised courts for the speedy and seamless trial of rape and gender based offences.

“To further break the cycle of such abuses, the Assembly will further review all existing laws and policy instruments relating to offences of rape, child defilement and gender based violence in our dear state”.

The wife of Osun governor, Mrs Oyetola stated that her visit to the Assembly was to seek the support of the House on the issues of rape and sexual violence that has constituted a clear danger to women and girls and the practice of open defecation.

She said, “Although we have the violence against persons prohibition Act 2015 of the Federal Republic of Nigeria which has not been domisticated here, I must say that our State is not lacking in the relevant laws required to exterminate conducts such as rape and sexual violence in the state.

“The reality is that we still have the prevalence of this conducts and the incidence is assuming a proportion that treatens our peace and development as a state”.

Oyetola added that rape and sexual violence cases should not be allowed to assume an uncontrollable situation in the state of Osun.