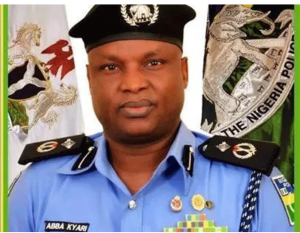 Kyari, in spite of this allegation, must either prove his innocency or otherwise face the consequences for his sins should in case he is declared guilty.

Ramon Olorunwa Abbas aka Hushpuppi, currently facing prosecution in the United States of America, accused Abba Kyari, Nigeria’s celebrated super cop, as one of the beneficiaries of the $1.1million loot received from a Qatari businessman.

For some, it’s a big surprise to see such a clean police chief being called out in a fruad case, while others feel indifference as the Nigeria Police Force over the years have been known for corruption while others see the development as a big blow on the image of Nigeria as one of Africa’s most respected countries.

Imagine seeing one of your best police chiefs rightly tagged ‘suspect’ in a money laundering case involving a ‘Big Alhaji’ (as our Chinese brothers fondly call Nigerian fraudsters) who has been known for his flamboyant lifestyles.

The current predicament of Kyari can be best described as ‘holy sinner in circle of theives’, and it will take only the grace and benevolence of Buhari’s regime to save him from this doom that is imminent.

Going through the antecedent to the Hushpuppi vs Kyari saga, the former according to the police chief called him 2 years back that somebody in Nigeria seriously threatened to kill his family in Nigeria and it’s on this premise he started building relationship with him (Hushpuppi).

Kyari’s statement partly read; “He (Hushpuppi) saw some of my native clothes and caps on my social media page and he said he likes them and he was connected to the person selling the clothes and he sent about N300k directly to the person’s account.

READ ALSO: AFN: Our athletes not banned for drugs

However, Kyari admitted to knowing about the money-related dispute between Hushpuppi and his colleague (Vincent), claiming it was on the basis of the call that latter was arrested but later released when they (police) discovered there was no life threat from the suspect.

A careful look at Kyari’s line of thoughts show that he actually had conversation with Hushpuppi and it bothers on money aside the fact he claimed the money was transferred to a third party, but the question is, what has Belial got to do with Christ?

The Biblical rhetoric above should form a basis for one to properly dissect the dichotonomy between the duo. Could it be that Mr. Kyari is just a middleman between the embattled Nigerian socialite (Hushpuppi) and his accomplice? Why would a celebrated police chief highly respected by Nigerians go stoop so low to start up an informal conversation with a suspected fraudster in the first instance though he (Kyari) claimed it’s before his arrest? There’s more to this whole saga than meets the eye.

Kyari, in spite of this allegation, must either prove his innocency or otherwise face the consequences for his sins should in case he is declared guilty.

Abba Kyari’s case is one too many. Hope the power that be won’t upturn justice to favour their own just as in the case with Papa P, but truth will always prevail in the long run. As it stands right now, Kyari is just a suspect until found guilty by a competent court. The world is watching! 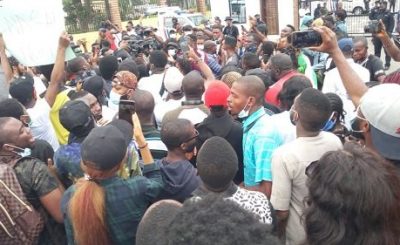