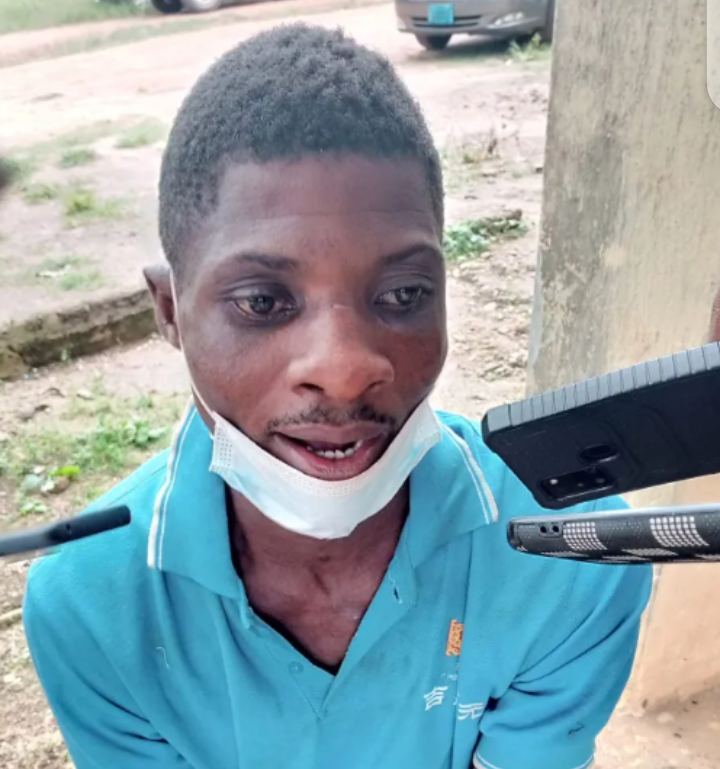 A serial rapist has revealed that he derives pleasure in raping old women in their farms.

Stephen John, a farmer in Ore, Odigbo council area of Ondo state, made this statement after he was arrested by police detectives in the state for raping a lady, Fatima Yahaya, who was sent on an errand by her mother.

He reportedly grabbed the victim and dragged her into the bush at about 7am, then he raped her.

A police source said that the suspect always lays ambush for his victims in the farm while he pretends to be working.

Parading the suspect alongside twelve others for criminal activities across the state in recent times, the state police commissioner, Bolaji Salami described the suspect as a serial rapist, adding that he ambushed and raped women in their farms within Ore axis.

Salami said: “On the 5th August, 2021, at about 0830hrs, one Oluwakemi Isaac ‘f’ of Tajudeen Street in Ore, came to Ore Police Station and reported that on same date at about 0700hrs, she sent her daughter Fatima Yahaya on errand, on her way, one Stephen John saw her, grabbed and dragged her into the bush and raped her.

“After the suspect was arrested and taken to Ore Police Station, three women came and reported him as the one who raped them at their different farmlands, using a cutlass to frighten them into submission.”

When the suspect was questioned, he said he derived pleasure from raping old women on the farm.

He told Vanguard: “l just derived pleasure in sleeping with old women and especially in the farm.

“I just enjoy it with them and in that particular place.

“You know that old women don’t have the strength to struggle with me and they can’t shout much and the farm is usually a lonely place.”

When asked why he opted for a younger girl during the last rape incident that led to his arrest, the suspect said he was pressed and when he waited endlessly and couldn’t find his choice, he took advantage of the younger lady who walked into his hands.

The suspect said he used the cutlass to instill fear into his victims before raping them.

Police said investigation is still on and John will be charged to court soon.