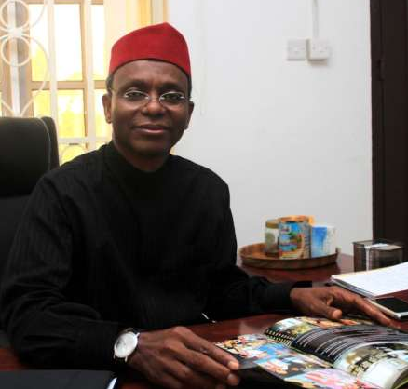 Kaduna state Governor Mallam Nasir El-Rufai, said on Monday, May 13, that he does not have any apology saying in Lagos recently that godfathers can be defeated.

El-Rufai said this after meeting President Muhammadu Buhari at the Aso Villa in Abuja.

The governor said he does not worry over the criticisms that followed his comment and that he does not have any apology for what he said.

According to a report by Premium Times, the governor, while speaking about the national leader of the All Progressives Congress (APC), said: “We are in the same party. We get along very well as far as I am concerned. I don’t know if he is the godfather of Lagos.”

He recalled what he said in Lagos as he explained to journalists.

“What I know for sure is that we have retired godfathers in Kaduna and I have told those that asked the question that there are six million voters in Lagos. And only one million voted in the last elections.

“So, there are five million people you can bring to the electoral playground and you can defeat anyone if you work hard. But it’s hard work, it’s four years. That’s what I said. If anyone feels offended by that, that’s his business, not my business.

“I have no apology. I don’t apologise for my views. I don’t need to explain anything to anyone. This is a democracy. There must be room for people to express their views.”