Shaibu said he is only following the path of what Oshiomhole taught him politically. 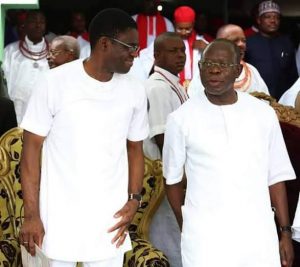 He stated that as a good son of Oshiomhole’s politics, he is following the path of a good father.

Shaibu stated that Oshiomhole is a respected leader and father he could not have betrayed.

He also denied allegations that the party leaders in Estako West that signed the vote of no confidence against Oshiomhole were threatened to do so.

“The Deputy Governor is a gentleman. He could not have threatened or coerced anybody to sign any letter.

“Those people that signed it are matured men and women that do not feed from the table of the DG,” he added. (The Nation)