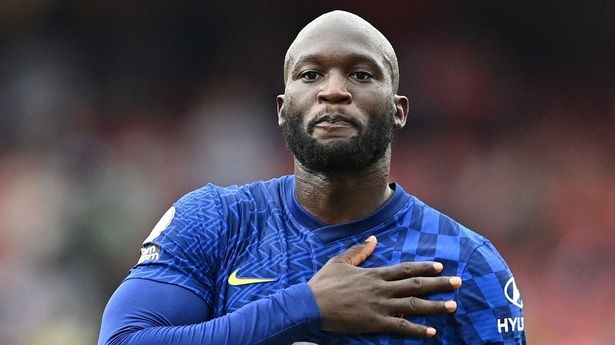 Romelu Lukaku’s return to Chelsea last season was certainly not quite how he planned it.

Chelsea agreed a £97.5m deal with Inter Milan to bring back the forward to Stamford Bridge in 2021.

The 29-year-old Belgian international managed just 15 goals in 44 appearances for the Blues over the last campaign.

However, Lukaku’s struggles were partly down to injuries and illness as the striker failed to live up to expectations following his return.

When asked about his struggles at Stamford Bridge last term, he said.

“So many things. I think before, when I left, I wanted to take revenge at Chelsea because when I was young it was my team for 11 years.” he said

“I had the opportunity to go back there and thought I would be a hero, but that wasn’t the case.

Lukaku struggled to break back into Thomas Tuchel’s starting XI and soon desperately sought an exit after it became apparently clear how disappointing his return had become.

Chelsea agreed a deal in June to loan back the striker to his former employers Inter and the 29-year-old has now reflected on his time at Chelsea.

The season at Chelsea gave me extra motivation to do even better than before.

“I think in one year everyone has forgotten about the things I am capable of doing on the pitch.

“That is a kind of anger that I have inside me. That now the team has it too, which didn’t win last year, all together we hope to do better and bring something home.” Lukaku said to DAZN as per The Sun.

In Lukaku’s last campaign at Inter he scored 24 Serie A goals, ultimately helping the club win the Scudetto in 2021.

“It was destiny to play for Inter, like for Anderlecht and Chelsea.

“It was what I imagined, Inter and Anderlecht and Everton gave me the opportunity to become the player I am.

“The love of the people and the fans, for me and for my family, I thank them and I still apologise for how I left, but I have to speak on the pitch.” He added.