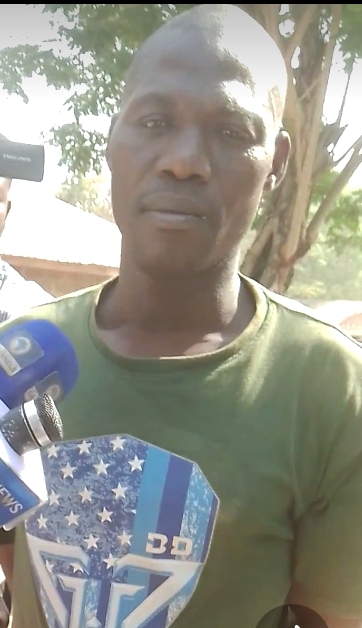 The Osun state command of the Nigerian Security Civil Defence Corp arrested two suspects over illegal Mining in the state.
The suspects were caught at a mining site at Ita Obi community in Ilesha,Osun state on the 17th January 2022.
They were later brought to the state command for a discreet investigation according to the state commandant Emmanuel Ocheja.
Paraded by the state commandant,the two suspects confessed to the crime of conspiracy and illegal Mining stating that they are without any authorization and acquisition of mining licensed.
Amos Dambaba Galadima from Niger state said he has been in Osun state since 1992 and started this illegal Mining since 2013. He said “we are doing illegal job because the government knows we don’t have job so that why we are doing mining job to feed our family”.
“The prima facie case has been established against them,hence would be charged to a court of competent jurisdiction to serve as deterrent”said commandant.
The suspect claimed if he is charged to court and he’s questioned,he will tell them to give him job that if he has a good job he will stop the illegal Mining job. Amos pleaded not to be charged to court because of his family.