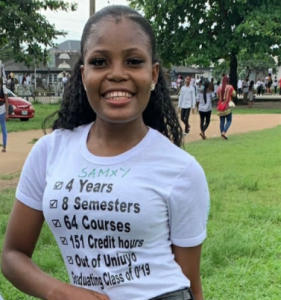 Reports that 20-year Akpan, who allegedly lured Miss Umoren with a job offer and subsequently raped and killed her, had committed suicide, was rife online today. The reports claim that he committed suicide with his trousers tied to metal after having his meal.

Dismissing the report, the state police boss in an interview with The Nation, said