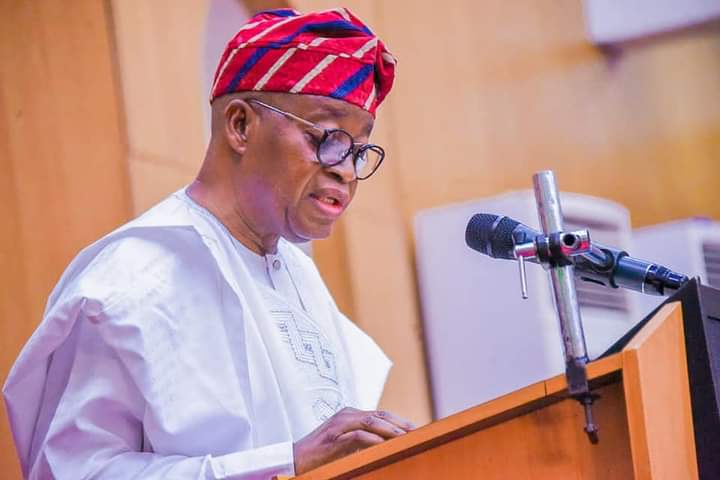 Osun State Governor, Adegboyega Oyetola, has declared next week Monday as public holiday to commemorate this year’s annual ‘ISESE Day’ celebration.
This was contained in a release signed by the state Commissioner for Special Duties, Olalekan Badmus, who is also the Supervising Commissioner for the Ministry of Home Affairs, obtained in Osogbo on Friday.
The statement said the approval was in recognition of the day set aside annually by the traditional religion worshipers to celebrate Isese festival in the state.
It further read: “The governor has directed that this year’s Isese Day with a theme: ‘Abalaye adulawo ati ipaniyan s’owo; nje ajosepo wa bi?’ (African tradition and ritual killing; any connection?), should be celebrated responsibly and with security consciousness.
“The governor congratulated the traditional religion worshippers throughout the state, just as he also appealed to them to be peaceful and law-abiding in their conducts before, during and after the festival. He equally enjoined them to pray for the growth and development of the state in particular and Nigeria as a whole.”
Urging them to continue to support his administration, Oyetola emphasised the need for the citizens of Osun to continue to embrace Omoluabi ethos in their day-to-day activities.