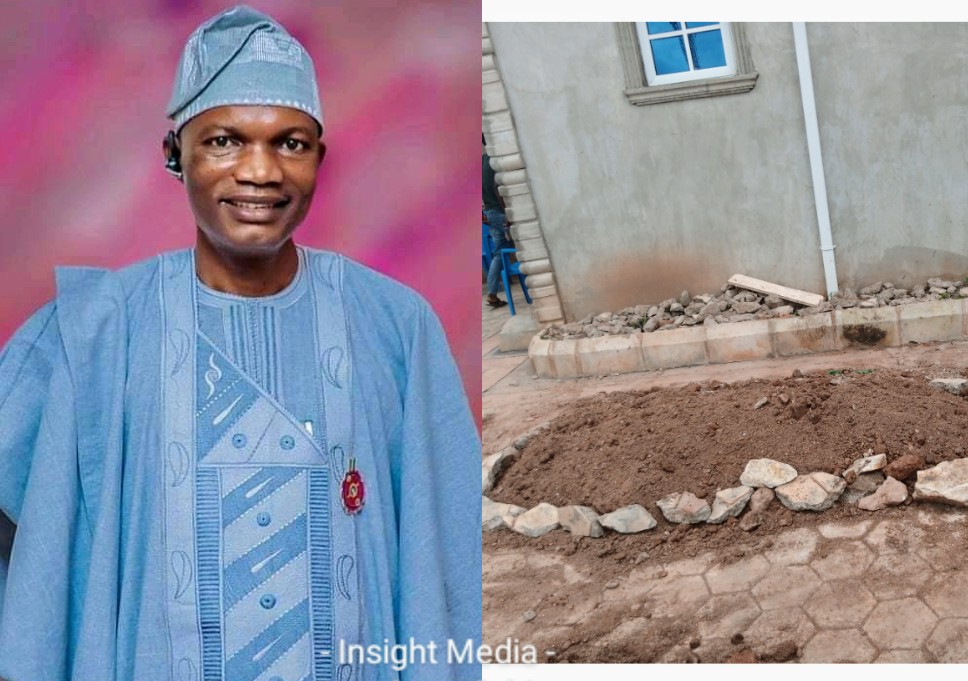 The remains of the immediate past Deputy Chief of Staff, General Administration to Governor Gboyega Oyetola, Barrister Mikhail Adejare Adebisi has been interred.

Adebisi, who died on Friday was buried at his residence located on Hassan Arogundade road, Ojutu area, Ilobu around 11hour on Saturday.

The Secretary to the State Government, Wole Oyebamiji led the Government’s delegation who received the corpse of the late lawyer and led it to Ilobu, his hometown.

The Chief Imam of Ilobu land, Shiekh Dr Jamiu Bello led the congregation prayer for the Departed soul before interment.

Sympathizers from all walks of life have gathered at his residence in the early hours of the day to condole with the family of Adebisi. Some of whom were weeping uncontrollably.

Other government officials present at the burial are The Chief of Staff to Governor Oyetola, Charles Akinola, Deputy Chief of Staff, Abdullahi Binuyo, Finance Commissioner, Bola Oyebamiji among others.

Kolapo Alimi and many others.