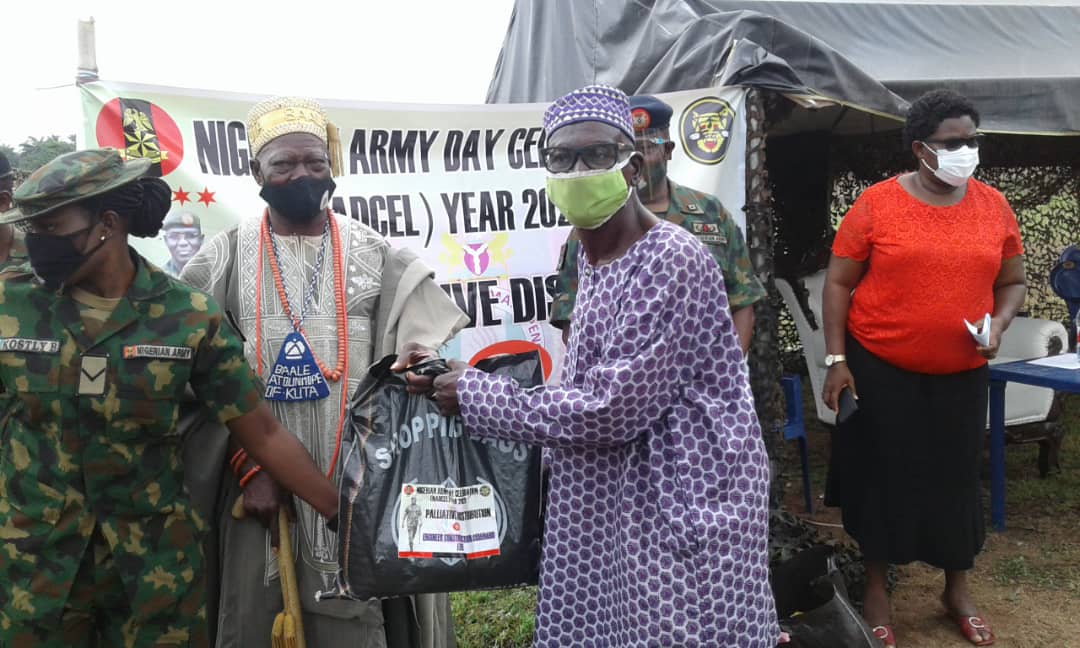 The Engineering Regiment Corps Ede, Osun State of the Nigeria Army distributed palliative to people of Owu Kuta kingdom of the state in commemoration of this year’s Nigeria Army Day Celebration, (NADCEL).

While addressing beneficiaries at the event, the Commander of the regiment, Brigadier General Agboola emphasised the fact that Kuta is one of the Area of the Responsibility of the regiment, adding that the good and laudable effort of HRM Oba Hammed Adekunle Oyelude Makama’s towards his advocacy, support and sustained campaign of the activities of Nigeria Army also informed the choice of the community.

Oba Makama who was represented by one of the District Head in his domain Chief AA Fatoyinbo thanked the Chief of Army Staff for his kind heartedness towards Nigerians especially the downtrodden at the precarious time and also called for prayers and support for the military in its ongoing war against terrorism, banditry and insurgency.

The visibly joyful people gathered at the popular Kuta Freedom Ground to receive the palliative package aimed at cushioning the effect of COVID-19.

Also present at the event Was The Special Adviser on Security Matters to the Governor of Osun State, Mrs Abiodun Ige.