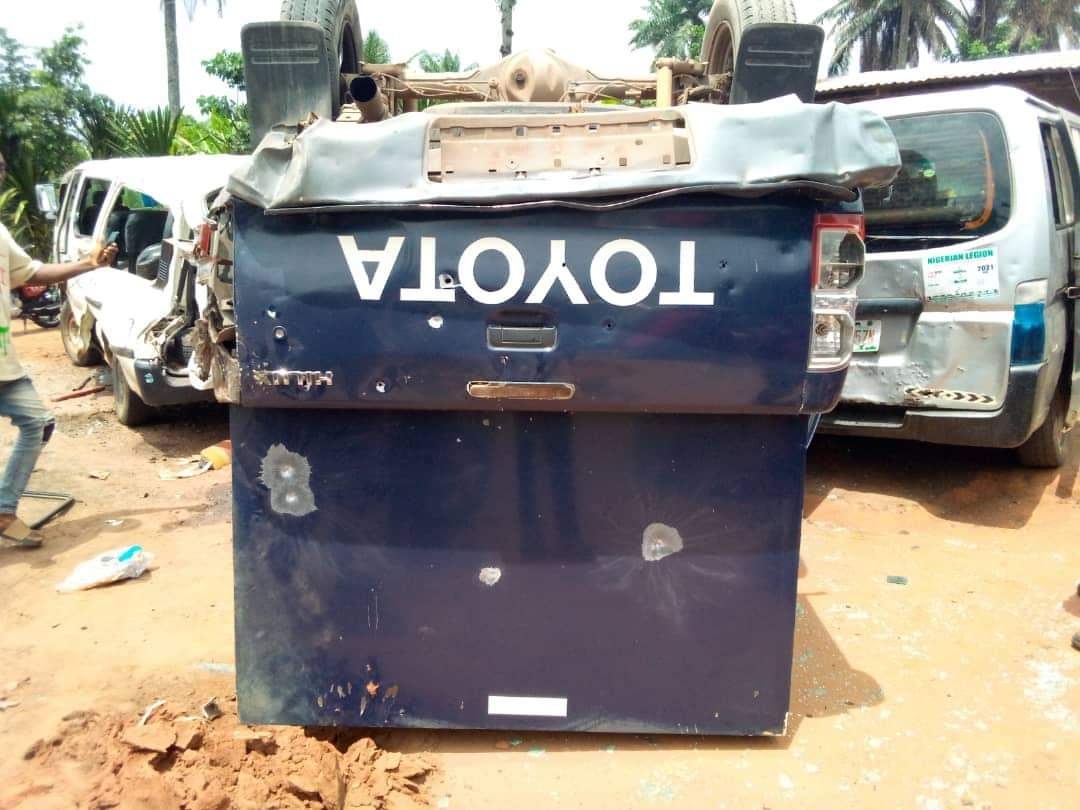 According to the Command’s Public Relations Officer, Micheal Abattam, the bullion van was returning after delivering money when it was ambushed by hoodlums.

The driver on noticing it tried to escape, unfortunately, his vehicle capsized.

The Police noted that no money was carted away.