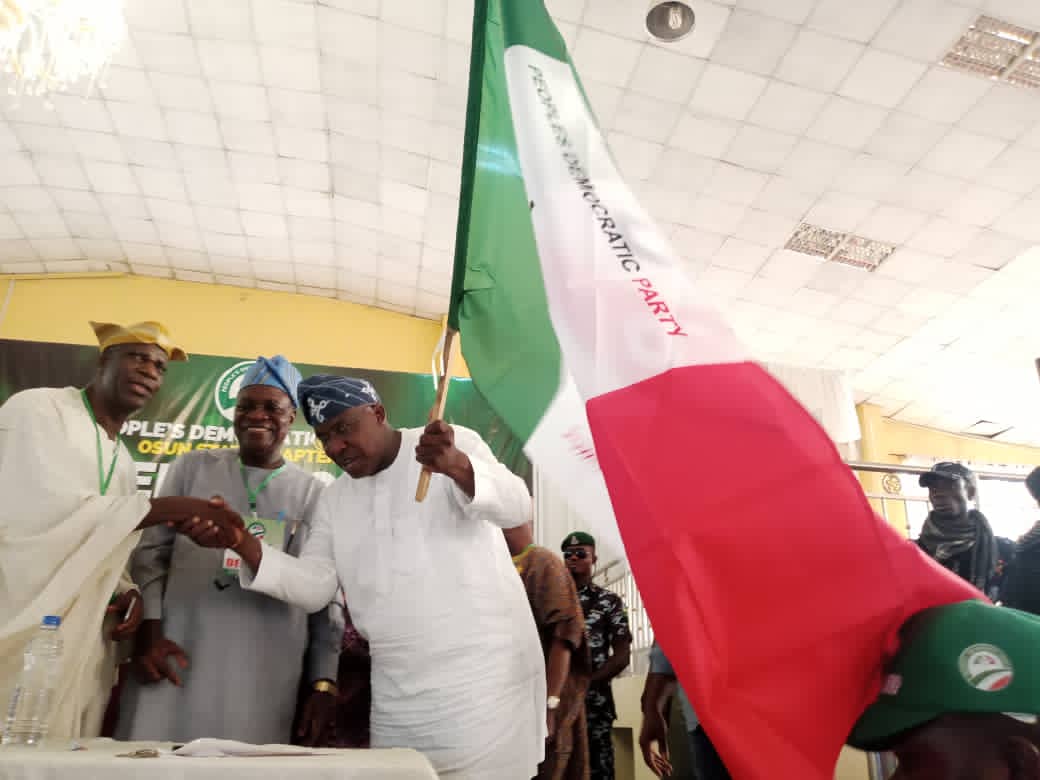 Prince Dotun Babayemi has been declared as the factional candidate of the People’s Democratic Party in Osun State.

Babayemi was declared winner of the party primary election held at the WOCDIF Center in Osogbo on Tuesday.

The business mogul had 1981 votes to defeat other aspirants who had earlier stepped down for him. A total number of 1903 delegates participated in process.

In his acceptance speech, Babayemi called on party members to come together to face the real battle of winning the July 16, 2022 elections.

He said, “Today is not a day of long speeches but a time to make a clarion call to all members of our great party to let bygone be bygone and face the task of winning the governorship election scheduled for July 16 and making it a collective responsibility.

“My victory today is not a victory for Omooba Dotun Babayemi but a victory dedicated to all members of our genuine lovers of democracy. Together, we shall reach the Promised Land. reat party and

“The task ahead is humongous but not insurmountable. All hands must therefore be on deck to defeat the ruling-All Progressives Congress in the state with a view to ending the current decay pervading the nooks and crannies of our dear state.”