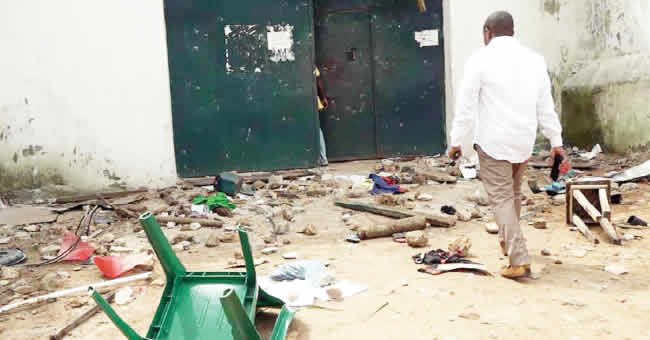 It’s unclear where the attack happened as details of the incident were sketchy at the time of this report.

Social media reports claimed it was an attack on Kuje Prison by suspected terrorists. Residents said that sounds of gunshots were first heard around 10pm.

On Social Media, Twitter users commented on the incident, with some advising resident of an estate close to the prison to stay indoors.

Meanwhile, the Nigerian Correctional Service has confirmed the attack.

In a statement by its spokesperson, Umar Abubakar, in the early hours of Wednesday, he said the armed squad of the service in collaboration with other security agencies responded to the attack.

It read, “I wish to confirm that at about 2200hrs, some yet-to-be-identified gunmen attacked the Medium Security Custodial Centre, Kuje, in the Federal Capital Territory.

“However, men of the Armed Squad of the Nigerian Correctional Service and other security agencies attached to the Custodial Centre have responded and calm has been restored to the facility and the situation is under control.

“Other details will be made available soon.”

JUST IN: Germany crash out of World Cup as Japan beat Spain