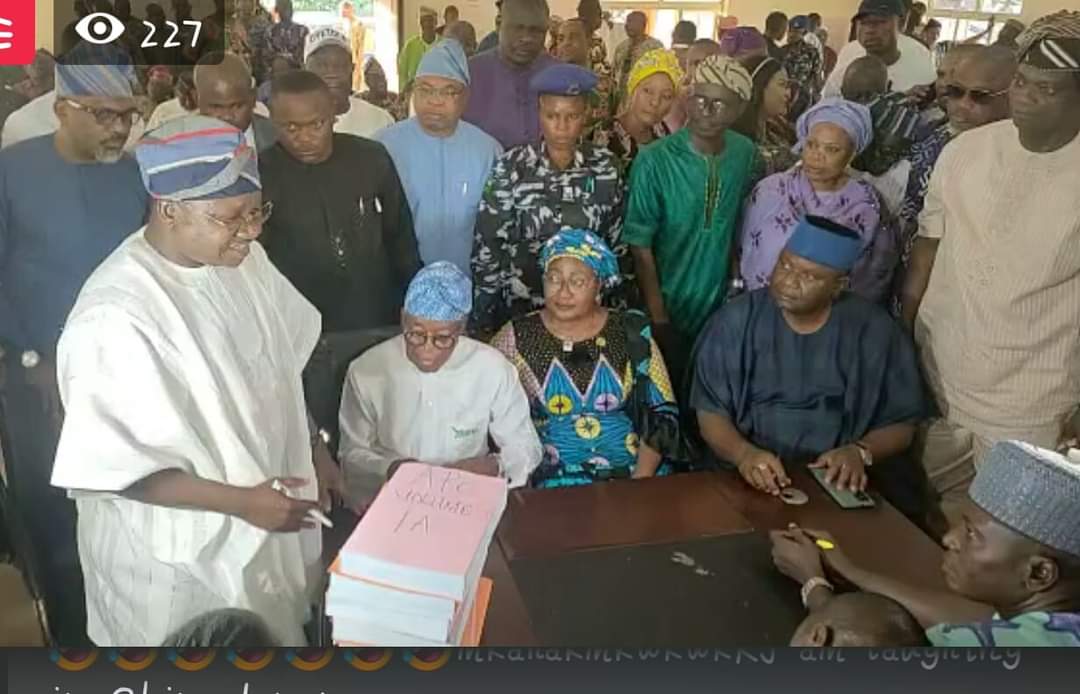 The Governor, who was accompanied by his wife, Kafayat Oyetola and the State Party Chairman, Prince Gboyega Famodun, stormed the premises of the Osun State High court on Friday to submit the petitions.

Oyetola, who is challenging the victory of Senator Ademola Adeleke, also dragged the Independent National Electoral Commission before the court. He was led by his lawyer, Kunle Adegoke, SAN.

InsightMedia has reported that the All Progressives Congress and Governor Oyetola will be approaching court to seek redress over the last month governorship election held in Osun State.

Chairman of the Party on Thursday during a press  briefing told journalists that their lawyers have informed them that they have good cases and they will be heading to the tribunal.