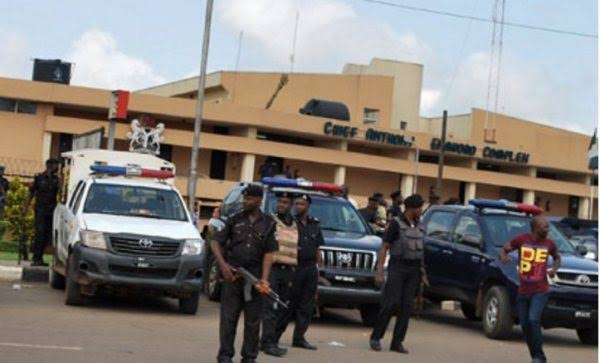 Men of Edo State Police Command have arrested seven suspected thugs in connection with the crisis rocking the House of Assembly in Benin City on Thursday.

Our correspondent gathered on Friday that the suspected thugs had prevented the 17 elected lawmakers who attempted to make their way to the House for plenary early on Thursday.

The lawmakers later retreated to an undisclosed location in Benin City where they elected a new Speaker, Mr Victor Edoror, and impeached, Mr Frank Okiye.

The state Commissioner of Police, Mr Johnson Kokumo, said he was busy when The Punch contacted him, but the Police Public Relations Officer, Mr Chidi Nwabuzor, said he had not been authorised to speak on the matter.