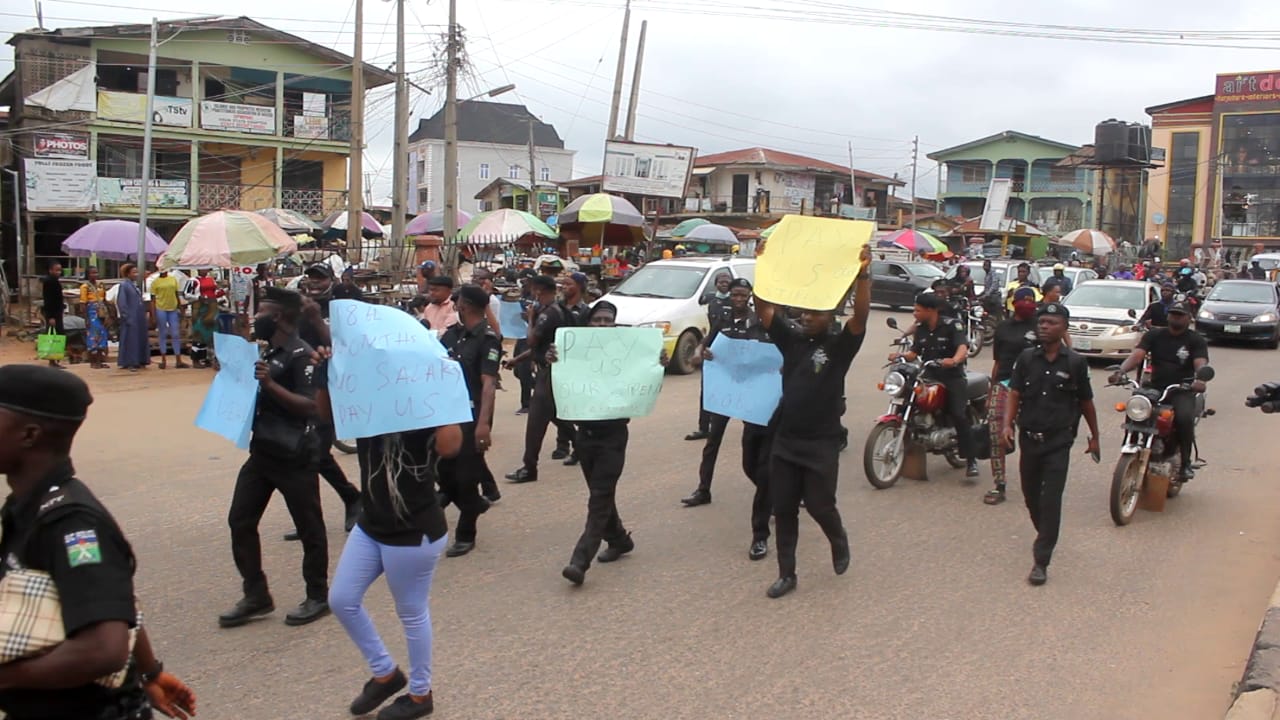 Some police special constabularies on Wednesday stormed the streets of Osogbo, Osun State capital to protest non payment of their stipends for eighteen months.

The police constabularies who were gathered at Oke-Fia roundabout in the morning, moved through Alekunwodo to Olaiya junction to register their displeasure over the unpaid allowances.

Dressed in police uniforms, the protesters were armed with placards with different inscriptions. Some of the inscriptions read, “pay us now”, “we’re dying”, we’re hungry”, etc.

One of the protesters said, “we’re dying. We spent so much at the College. I have children but it’s 18 months now since I have not been paid. Four of us have been killed by armed robbers during attacks on backs in Ikire, Iragbiji and others. We want our money.”

Mini drama ensued as the Osun State Commissioner of Police, Olawale Olokode tried to calm the protesters who looked so determined to press home their demands.

CP Olokode promised to address the press men later in the day.